When grubby is good 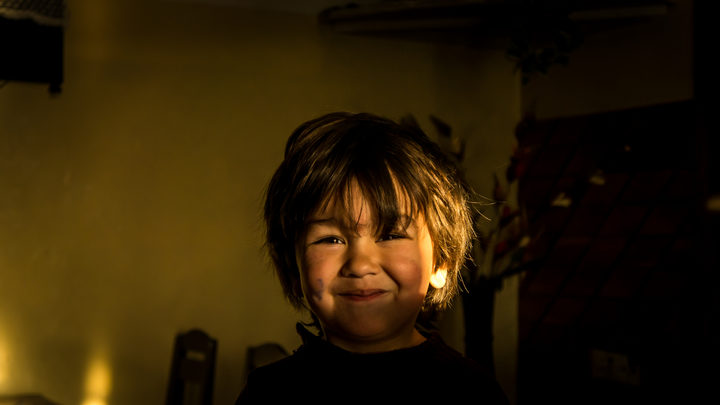 Is it okay if my kid eats soil? Can we use the five-second rule when food drops on the floor? Should I be carrying hand sanitiser?

We shouldn't worry so much about dirt, says Dr Rob Knight – a US-based New Zealander who is one of the world's leading experts on the microbiome and co-author of the new book Dirt is Good: The Advantage of Germs for Your Child's Developing Immune System.

The human microbiome keeps changing through the lifetime, but the most profound changes occur in the first three years of life, Knight says.

When Knight's wife went in labour with their daughter, they were dismayed at the news that she would had to have an emergency C-section.

Research Knight had published the year before showed that one of the most profound influences on a baby's developing microbiome is whether they pass through the birth canal or are instead "inoculated with whatever's floating around in the hospital".

So Knight and his wife took matters into their own hands.

"After our child was delivered by C-section we covered her thoroughly with microbes that we had used cotton swabs to transfer from her [mother's vagina]."

Follow-up studies have showed that doing this procedure at birth can alter the baby's microbiome for up to a month and it's being investigated whether that is linked to better health outcomes later, he says.

Is it okay to eat dirt?

Yes, depending on where it's coming from, Knight says.

"You might not want to do it right next to a busy road or an industrial wasteland, but if you're talking about healthy dirt in your garden or out in the bush, there's very unlikely to be any issue with it."

Is there any scientific evidence for the 'five-second rule'?

Van der Waals forces – the chemical forces involved in transfer when you drop the food – act in a tiny fraction of a second, says Knight.

"If you drop your food anything that's on it is already on it by the time you've picked it up."

Most of what your food may pick up on the floor is harmless.

"The message is don't drop it into something you wouldn't eat in the first place."

How often do you need to wash your hands?

After using the bathroom or after touching something likely to have pathogens on it, such as animals (especially chickens) and after being around sick people.

There is no evidence anti-bacterial soap works better to reduce disease transmission and it strips beneficial microbes, Knight says.

Do you need to use hand sanitiser?

If you have good reason to believe your child is picking up a pathogen – like they've been crawling around on the floor of a hospital – that would be a good time to use it, says Knight.

There's not a lot of good evidence that everyday use reduces infection rates.

How does sugar affect the gut?

In both children and adults, sugar has a bad effect on gut bacteria.

Pro-inflammatory bacteria go nuts chowing down on sugar and producing proteins that send your immune system into overdrive.

It can also contribute to the overgrowth of things like yeast which cause inflammation and are more likely to make you sick, says Knight.

How do you help kids' microbiomes recover from antiobitcs?

The benefits of taking probiotic supplements and eating fermented foods, especially yoghurt, have been validated in clinical trials, Knight says.

Big-picture, the best way to protect your child's gut is to give them a range of foods and especially a diversity of plants, he says.

"If your kid is eating a lot of brightly coloured fruits and vegetables over the longer term, that's one of the most beneficial things you can do for the microbiome.

"It doesn't matter what you ate yesterday, but it makes a tremendous difference what you ate over the last year and what you'll eat over the coming year."

Dr Rob Knight is the co-founder of the American Gut Project and The Earth Microbiome Project.