Ask a vegan: your questions answered 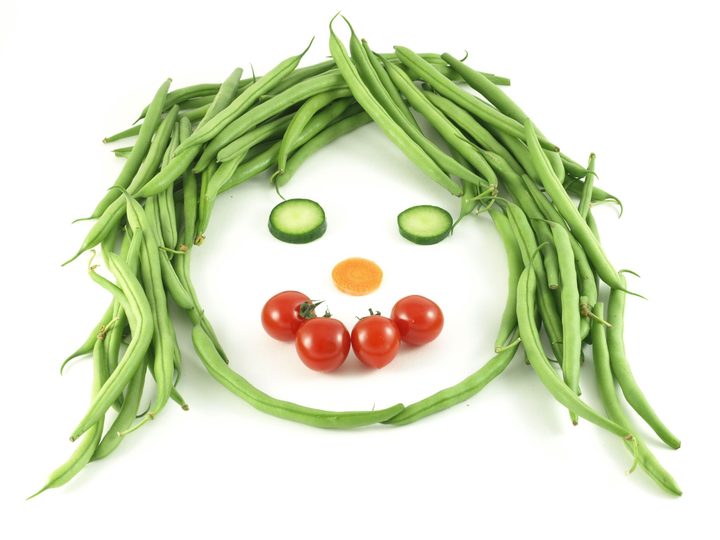 Jasmijn de Boo has been a vegan for nearly 15 years.

The CEO of SAFE NZ and former CEO of the Vegan Society in the UK was vegetarian for 15 years before that, then met her vegan partner.

When people find out she's vegan, they're usually positive, curious and respectful, but occasionally they go on the defence, de Boo says.

You don't eat animals, but how do you control animal pests like rabbits from destroying vegetables and other crops?

We can't live 100 percent ethically. We all do our best. One of the definitions of veganism is to avoid as far as possible and practicable all forms of animal use and animal derivatives. Yes, in harvesting crops you'll kill small rodents, there may be rabbits. But if you look at the scale of destruction… 70 billion animals are killed each year around the world, so that's the real atrocity in terms of animal suffering.

When you look at suffering, there is a bigger argument for animals that are sentient like cows and other mammals and birds. That is a bigger concern ethically than insects.

Can you see how it might be the right thing to do to experiment with animals if it saves the lives of a million human beings?

In animal research most of the animals used are mammals – some birds and sometimes fish – so I think there's no good reason to kill those animals. We have a lot of research showing there's no good extrapolation from animal experiments to the advancement of human medical progress, so there's a big concern about efficacy.

About 90% of the drugs that are developed with animals don't make it to the human market. It's not a good use of resources and it's not ethically justifiable to use animals for our purposes.

Do you have to take extra care with your teeth?

It's the same for everyone. You just need to brush twice and day and rinse your teeth if you have something sweet to eat during the day.

What about B12 and iron (which vegetarians and vegans are commonly deficient in)?

You have to make sure that you take enough supplementation and a lot of vegans and vegetarians don't do that.

What is also important is people have an intrinsic factor and that can influence the absorption of B12 in the intestine. If people lack that factor then they need even more supplementation or a different kind because they have an issue with absorption that has nothing to do with veganism.

It's not actually an animal product, it's produced by bacteria. They live in the ground and the animals eat the grass and absorb the Vitamin B12 – that's how meat-eaters get it. Synthetic B12 is just as good.

Same with iron, it is important people take that seriously. Green leafy vegetables are a good source, dried apricots, and eating it in combination with something that has vitamin c in it like an orange or some other citrus fruit or red peppers.

There's no need to be iron-deficient. My iron levels were much higher than the average when I was last tested so it's not something that is inherently a problem.

Is there any evidence that a vegan diet results in elevated health?

Lots of studies show vegan is just as healthy if not healthier than non-vegan diets. The key is in eating enough fruit and veg. A lot of studies show if you eat 8-10 portions a day you can avoid early death, risks of cancer and Type 2 diabetes.

You don't need to diet, you can eat pretty much anything you want on a whole food plant-based diet.

I really enjoy vegan pizza. Angel Food produces an alternative mozzarella and you can do your own cheese. They've just launched a new product called Sunfed Meats Chicken Free Chicken and that would be great on pizza or in stir-fries.

I eat lots of stir fries, I like Thai curry dishes…

But if you're not going to eat chicken, why would you try and replicate it?

Fair enough, good point. A lot of people like the taste of animal produts and I don't think there's any shame in admitting that, but they don't like the suffering that comes with it.

I think the key is they like something salty, a little bit fatty. For me when I get that craving I'll just eat a few olives, but my partner quite likes the 'chicken-free chicken' type things.

Is there any evidence that plants feel pain?

There's no evidence that plants feel pain. There is evidence that plants can communicate with one by another by emitting chemical substances they can warn each and shut down. But they don't have a central nervous system and a brain to process the pain stimuli so it's unlikely.

Most of them don't, but some people do.

There was a bit of debate about 40 years ago – is it vegan or is it not? Some of the bees get killed when the honey is harvested or they're taken away and fed a sugary substance instead so we can take their honey. That's not quite right because they need the full honey nutrient profile to keep healthy. So I don't eat honey and most [vegans] don't, but some people do.

It takes the bees months to build up this storage of food and it takes a lot of bees to produce a little bit of honey. So it's quite a bit of effort, it's not an easy thing to produce. To take that away is not really fair on the bees.

Are all vegans anti-abortion?

I can't speak for all vegans. I don't think they're the same ethical issues.

It's a very controversial topic in society generally and vegans are divided on this, I know that for a fact.

It's probably split in the same way it is in general society.

What about vegan leather?

There are lots of types. One of the most recent developments is pineapple leather, which I haevn't tried yet or seen... and mushroom leather.

But most of them are synthetic and just as durable. I've got vegan shoes that are made from synthetic stuff and that's all good.

How does a vegan get enough protein?

People always worry about protein and we get enough protein. Most people eat far too much. So we need to cut back on the protein and eat more of the healthy stuff. It's all in green leafy vegetables, in pulses such as soy beans and tofu, soy milk, and it's in nuts and seeds, wholegrains. We get enough protein. Even vegan athletes get more than enough.

Would you eat meat grown in a lab?

I personally wouldn't because it's not completely animal-free. You still need the animals to source the cells initially.

Also, I think we don't really need it. We can get everything out of plants so why go back to eating a meat-based product?

Not for me, but it may be a way to reduce animal suffering.

Do you wear woollen jerseys?

No, I don't. I have fleeces and other layers I'm wearing when I get out in the cold. The first few years I had coats and a woollen jersey but after they were worn out I didn't replace them. I wouldn't judge someone for wearing one if they've just gone vegan because that's what's in their wardrobe.

There's sometimes animal products in soap and cosmetics, generally, so that can be an issue. But there are lots and lots of vegan options available, and more and more are available in supermarkets.

Is it more expensive to eat vegan?

Cooking from scratch can be done quite quickly. You just fry some veges and pasta and rice. Usually our meals are done within 15 or 20 minutes.

If you buy from markets it's much cheaper than buying in the supermarket.

Buy in bulk and freeze things, then you can heat it up during the week. A bit of planning, that's true, but that can get you a long way.