'This is stone cold crazy'

RNZ's Washington Correspondent Simon Marks says he has never seen anything like it. 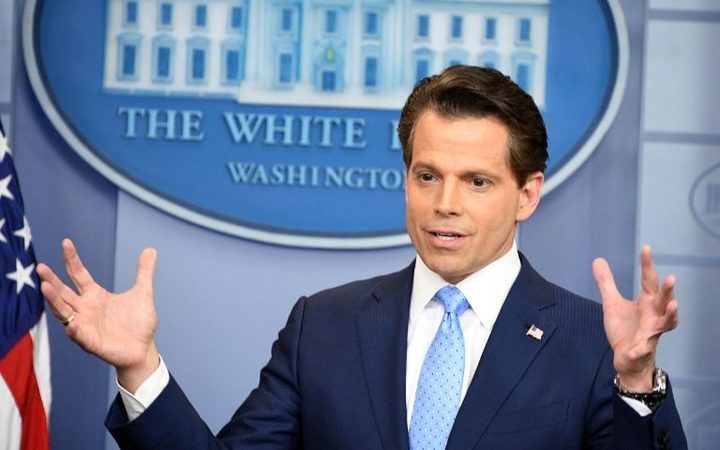 "I think we can safely say we are now at the point where the lunatics are running the asylum in the White House", he says.

Anthony Scaramucchi who Donald Trump brought in last week as his Communications Director has given an interview to a reporter in for the New Yorker magazine. In it he launches a profane, violent tirade against two of Donald Trump's top lieutenants - the White House chief of staff Reince Priebus and chief strategist Steve Bannon.

He accused Priebus of being a 'paranoid schizophrenic' and was Marks says used "unbelievable profanity" against policy advisor Bannon.

" In this interview [Scaramucci] is making it absolutely apparent in the West Wing of the White House there is now a cannibalistic feeding frenzy.

"Absolutely no one in public service should have to face the kind of language that Anthony Scaramucchi has used to describe Steven Bannon.

Marks says this latest imbroglio comes after Trump's announcement that transgender people would not be allowed to serve in the US military.

"We've never seen anything like this and this comes on top of the total craziness surrounding Donald Trump's unveiling of ban on transgender people in the military, a policy he clearly extemporised on Twitter."

He says this is the new reality of the world we live in, where his top military brass were unaware of the policy.

"We know that H.R. McMaster, a once widely respected military general, has allowed his reputation to be shredded on the altar of Donald Trump's ego as National Security Advisor over the last six months."

But he says Scaramucci's outburst marks a new low.

"And now comes this absolutely bewildering madness from Scaramucci,  a man who in any previous administration would have his White House pass removed, shredded and would never be allowed back into the building by any previous president of the United States - this is stone cold crazy."

Marks says many conservatives are outraged by Trump's treatment of the Attorney General, Jeff Sessions.

"Sessions was the only US senator to endorse Trump he has been rewarded by having his name absolutely dragged through the mud over the last six days.

"For all of these people, including [US ambassador to New Zealand] Scott Brown, there has to be questions, they must be asking themselves about their decision to join the Donald Trump train given that in his treatment of Jeff Sessions he has shown that loyalty counts for absolutely nothing."

He says the chaos in the White House has brought political discourse to a standstill.

"The tragedy of this is all the erudite intelligent conversation about policy in this city has over the last six months has come to an absolute seismic halt.

"These divisions are not rooted in philosophy, they are not rooted in political positions this is a blood sport. It is reality TV taking over the US government and diminishing America's role on the wold stage very substantially in the process."