Babies who feed themselves as soon as they start eating solids become less fussy later on, according to new research from the University of Otago. 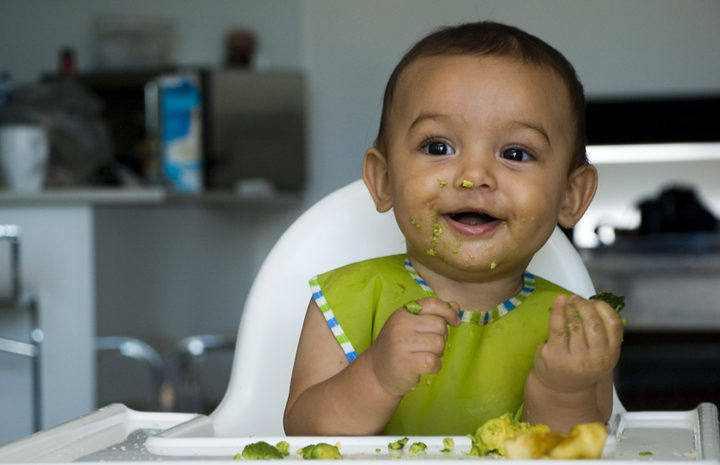 Half of the 206 Dunedin families who participated in the study used a modified version of the increasingly popular method of 'baby-led weaning' in which babies are offered food to feed themselves with and the other half used traditional spoon-feeding, says associate professor Anne-Louise Heath.

"You know the traditional approach where parents spoon-feed their baby pureed food and play train games and puppet games to try and get them to eat more – instead what we did was ask the babies to feed themselves."

Those in the baby-led group turned out to be substantially less likely to be food-fussy by the time they were one year old and considerably more likely to be feeding themselves by age two, she says.

In the version of baby-led weaning used in the study, parents were encouraged to offer foods high in iron and some that were high in energy. They were also given lots of detailed information about minimising the risk of choking, Professor Heath says.

As the study was conducted in Dunedin, many of the participating families were 'university families', says Professor Heath. There are plans to now study a bigger, more diverse range of families in the Auckland area.

Once Professor Heath's team has a better understanding of how to address the concerns about baby-led weaning – underweight babies, iron deficiency and the risk of choking – they will work with the Ministry of Health to put out a range of guidelines for New Zealand parents, she says.