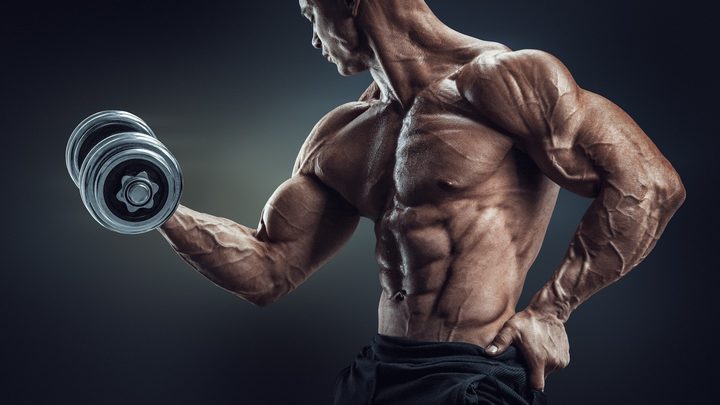 The rate of men who feel unhappy about their bodies has tripled in the past 30 years.

But while many women strive to be thin, no amount of bulk is enough for some men.

Men with muscle dysmorphia (aka bigorexia or megarexia) have an obsessive belief that their bodies are too small and skinny or not muscular and lean enough.

These guys are at risk of depression and other mental health issues – and if they're long-term steroids users, premature death.

While there's nothing in itself wrong with wanting to be healthier or better at a sport or stronger or even more attractive, an increasing number of boys and men are crossing over into a lifestyle that is doing them more harm than good, says Scott Griffiths, a medical researcher at the University of Melbourne.

"We see guys now who, the prospect of having to have a meal that they don't know exactly what is going to be in it, causes them extreme anxiety or the pain of pushing through and lifting weights with a sprained wrist is preferable to how it makes them feel if they can't go to the gym and train."

It's lines like that – when crossed – that signify there's a problem, Griffiths says.

"The quest to want to be healthier or better at a sport or stronger or even more attractive, there's nothing in and of itself wrong with that, but it's clear that for an increasing number of boys and men it's crossing over to something that does more harm than help."

Some guys who are very muscular – "they almost have to turn sideways to get through the door" – do not see big muscles when they look in the mirror and will tell Griffiths they are scrawny or overweight, he says.

Adolescence is a fertile time for boys to develop body issues like muscle dysmorphia, and those with the condition commonly talk about how they never felt they measured up to expectations when they were growing up, Griffiths says.

Fraught relationships with family, being bullied or receiving critical comments about their body in an early relationship are also common in the backstories of those with the condition.

Sport can help kids build self-esteem and friendships but it can be dangerous to give them the message that they must manage their weight to perform better in their sport, he says.

"Then you have kids who may otherwise not have worried about calories or macronutrient content of their food suddenly worrying about that. If [that recommendation] isn't done well or it coincides with some other stuff going on in a kid's life it can lead to problems."

Australians injecting drugs for the first time are now more commonly injecting steroids than heroin, and many people fall into a trap of long-term use, he says.

"If your self-esteem and your self-worth is completely caught up in the size of your muscles and you know that when you come off the steroids the very first thing is that your muscles get smaller almost in real time … imagine the difficulty of staying off. Why would you?"

So how do you know if you or someone you know might have muscle dysmorphia?

"If – in an honest conversation with yourself – looking in the mirror makes you feel terrible half the time or you're starting to lose friendships because you have to prioritise the gym and dieting or people tell you that you look fine but you are absolutely convinced that they're wrong or just humouring or placating you, that's the time to come and have a chat."

"There's a great deal of stuff that can build healthy self-esteem out there and the idea that appearance should be the major if not the sole source of that is tragic and wrong. It's not a value that we would want to instil in any of our children and I'm hoping we can change that with more awareness."

Muscle dysmorphia is often treated with cognitive behavioural therapy which confronts the negative beliefs which are fuelling it and also the obsessive behaviour, Griffiths says.