A call for an inquiry into forced adoptions was rejected in Parliament yesterday.

Maggie Wilkinson has been fighting a 30-year battle for the government to investigate the forced adoption of babies born to unwed mothers from the late 1950s to the 1980s.

Her own daughter was taken from her in 1964 when she gave birth at St Mary's home for unwed mothers, which was run by the Anglican Church in Ōtāhuhu. 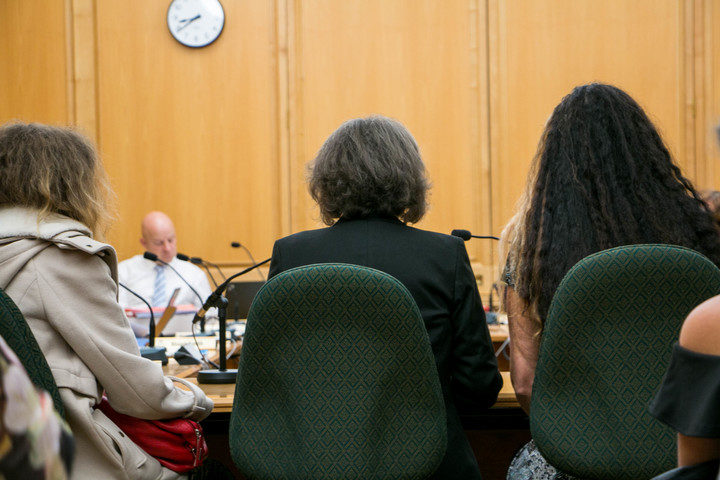 Maggie Wilkinson (centre) gives her submission to Parliament on her petition calling for an inquiry into forced adoption in New Zealand between the 1950s and 1980s with her daughters either side. Photo: RNZ / Daniela Maoate - Cox