To create a future we'd want to live in we need a picture in our heads that isn't dystopian, says the founding editor of Wired magazine Kevin Kelly. 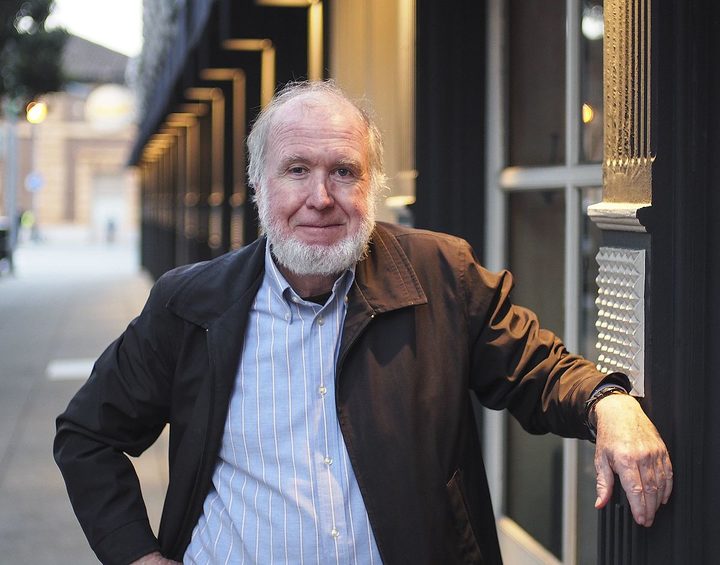 In his new book The Inevitable, Kelly describes a future that he thinks we would want to live in.

Kelly says his main motivation for trying to predict the future is to get a better handle on the present.

"It's really a way to have a better description of what's going on now."

Many people imagine that a future with artificial intelligence, virtual reality, ubiquitous tracking and screens everywhere will be an undesirable place to live, he says.

Because dystopias make much better stories, we have too few positive visions of what's to come, he says.

"I'm trying to describe a future that I think we would want to live in.

"It's going to be really hard for us to make a future we want to live in unless we have some picture of that in our head."

In the business of prediction, scepticism is necessary but not a sufficient, he says.

"When you have a car you need both an engine and brakes to steer – if you don't have brakes you can't steer. I think having someone put brakes on things is a really good idea, but I'm much more interested in the engine of optimism."

Looking ahead, general trends can be predicted, Kelly says, but not specifics such as whether Apple will rise or fall or whether Facebook stick around.

Once wires and switches were invented the telephone was inevitable, and then the internet became inevitable, he says, but iPhones, Facebook and Twitter were shaped by forces which couldn't be predicted.

The force behind artificial intelligence is equal to or greater than that which powered the industrial revolution, he says.

"We kind of automated everything. Now we're going to use intelligence plus the power. I think it'll touch entertainment, food, fashion, religion, sports, military, education, everything in the long term."

But taking an 'us versus them' stance against AI, as exemplified in the movie The Terminator, won't get us anywhere – we'll be better off working as a team, he says.

World chess champion Garry Kasparov losing a game to a supercomputer ten years ago is a good example of this – at the time people thought that was game over for chess, but in effect it just upped our game, he says.

Playing computers has made human players better than ever before – and not only that, the best chess opponent on the planet is not AI or human, but a man/machine team called a centaur.

As technology develops we will all have to accept being 'perpetual newbies', he says.

"We're going to have to become lifelong learners. I think this is the major meta-skill that needs to be taught in schools.

"Right now the digital millennials are very gleeful because they've got this whole thing mastered naturally, but five years from now they're going to have to learn something new and they'll be pulling their hair out like the rest of us."

As to personal freedom in the future, it's time we updated the concept of privacy – "an overbearing word that means lots of things" – to reflect the true priorities of many people today, says Kelly.

Receiving personalised, individual treatment is so high up the list for a lot of people that it trumps privacy concerns.

"If I want to remain hidden from my friends or companies or governments then I have to accept the fact that I'm going to be treated as a cog, as a number, as just a generic being ... In a certain sense, maximum personalisation requires maximum transparency."

Just how many of us are "pushing the lever all the way over to maximum personalisation-maximum transparency" is surprising to him.

What international governments could be hiding about their cyber-security practices is a matter which needs urgent attention, he says.

"Basically there's cyber warfare going on, but unlike traditional warfare, we don't have treaties on what's permissible and what's not… A lot of the participants in this – the US, Russia, China – are doing things that they don't acknowledge. With no honesty, there's no verifiability and no accountability. My fear is that something really bad will have to happen globally before countries come together and agree on what is permissible and agree to enforce it."