When ultra marathoner Dion Leonard set off on a 250km run across China's Gobi desert, he expected to do the grueling race by himself. But he had a companion.  A little stray dog refused to leave his side and ran more than 100 kilometres across rough terrain to stay by his side.

When the race was over, Leonard named the dog Gobi and decided to find a way to bring the dog back with him to Scotland. But what happened next made the race seem easy.  Leonard tells their story in his book,  Finding Gobi: A Little Dog with a Very Big Heart. 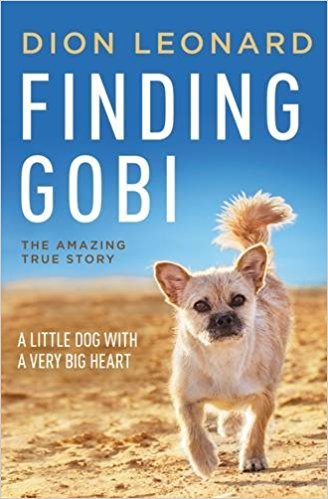 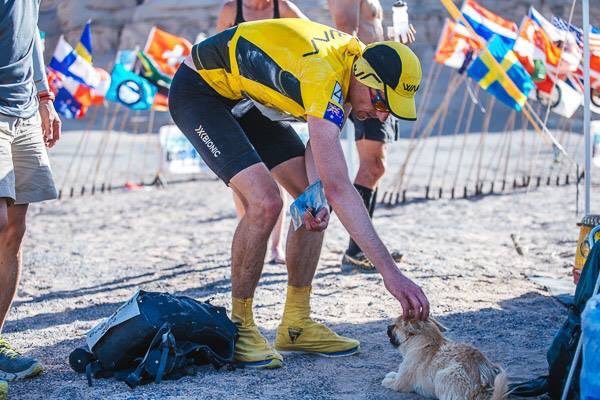 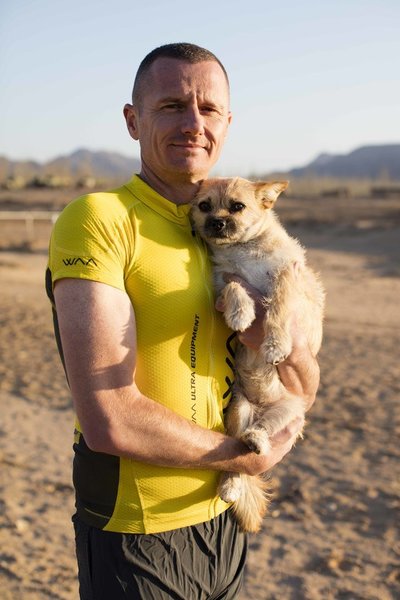 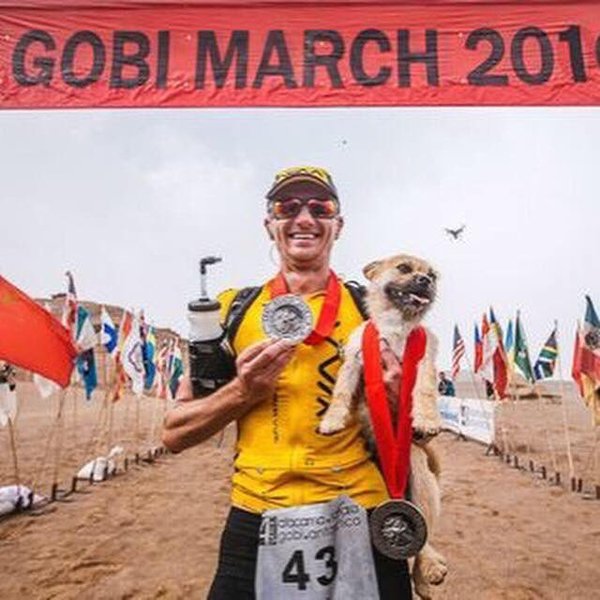 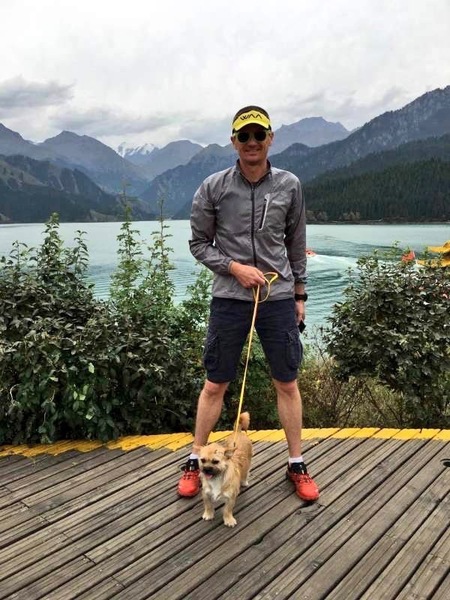 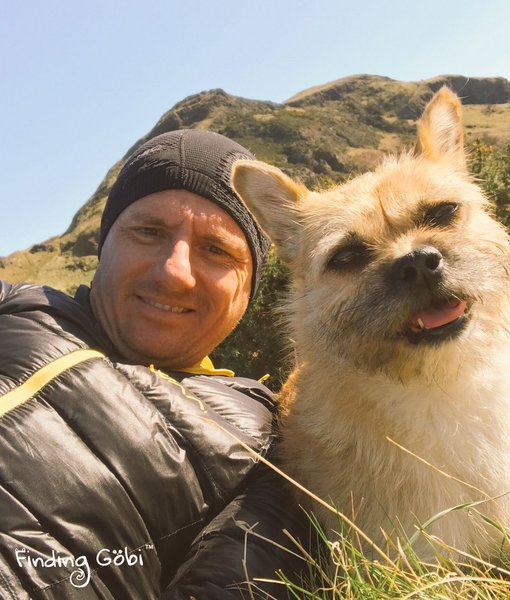 "She’d run with some American runners during the day and I noticed her begging for food, and getting food off people, and she was entertaining everyone around the camp fire. I’d had a good day on the first day, I’d finished in third position about 30 seconds behind the front two runners, but I was pretty focussed on getting my dinner and going back to the yurt and getting some rest."

The next day, when he was about to set off on the next stage, Gobi was there.

"She was at the start line and she was at my feet, looking up at me with these beautiful big, brown eyes of hers but I still assumed it was someone’s dog from the race."

But Gobi had other ideas and set off with Leonard on the next leg of the marathon.

"It turned out she was going to run with me on that day, she quite liked my yellow gaiters that keep the sand out of my shoes, and was chewing on them as we ran off and that’s how it started."

It turned out Gobi was a natural marathon runner, little legs notwithstanding.

"She coped with conditions amazingly well, she’s super quick and she’s tiny, but she can cover the ground pretty quick. She’s pretty light so that helps as well, she’s capable of doing a 6 minute mile pace - at times she would run ahead of me.

"It was very, very, inspirational to see this little dog just so focussed on running and just having such a great time doing it - it certainly took my mind off running and the gruelling part of the desert."

Eventually the pair came to a river crossing, Leonard assumed this would be where they parted company.

"In stage 3 there's a big river crossing. It was up to my waist and rushing very strongly, it was very hard to battle through the river, you’ve got that kit and food on your back, if that gets wet your race is pretty much over."

Leonard got halfway across the river when he noticed Gobi on the river bank in a distressed state.

"I can hear her, she’s barking and yelping and running up and down the river bank. The look on her face was one of the most scared looks I’ve ever seen that I was going to leave her there and she wasn’t going to be able to cross the river on her own."

Leonard decided to turn back and fetch his companion.

"When I picked her up I didn’t know exactly if she’d like being picked up, and I was quite concerned about whether she had diseases like rabies, and I couldn't remember if I’d had my rabies shot. I put her in my arms and she just had this buzz abut her, she was just so happy."

They both continued on that leg of the race and managed to win.

"We would fight back to win the stage, just before the finish line, it was an amazing day to have experienced all that and made the right decision to look after Gobi."

Eventually, the two finished the race with Gobi even collecting a medal. By then Leonard had decided to try and bring his new friend back to Scotland with him, so he organised for a local to look after Gobi while he sorted out the paperwork back in Edinburgh.

He left her in the care of friends in Urumqi, a city of three million people, and flew  back to Scotland, but news reached him that Gobi had gone missing.

"I was devastated, I had a few sleepless nights and I said I need to go back. I couldn’t think about anything else I was so worried about her. So I flew back and as we flew over it [Urumqi] I could see how big and vast it was."

Leonard put the word out through the media and social media he was trying to find Gobi, a needle in a haystack task in a city with thousands of stray dogs.

The locals got on board and there were many false trails before he got a call that a family had Gobi, but he didn't have high hopes.

"I received information that these people had found Gobi, but that was nothing unusual I’d go out and see these dogs who weren’t Gobi and be disappointed. I’d go back to my hotel room in the evening and think there’s no way we're going to ever find her."

Nevertheless he set out on a one-hour drive to see if this really was his lost friend.

"I got there and I could hear the room was packed. I thought this isn’t going to be Gobi, it's going to be another hours drive back.

"I walked in the door and I couldn't have been less interested, and they made way for this little dog who was on the other side of the room. Gobi spotted me and she ran straight across the room and up into my arms and she was squealing and barking and yelping and whining - just like she did at the river crossing that day. I was in tears it was the best day of my life."

Gobi is now happily settled in with her new family in Edinburgh.

"She's enjoying life in Edinburgh, she gets on well with the cat, it’s a bit Tom and Jerry at times running up and down the corridor, then the next minute they’re laying on the couch sleeping together. She’s so happy and healthy, she love’s getting out and about and hitting the trails of Edinburgh. She really is just living the dream."