Critter of the Week: Bubblegum Coral 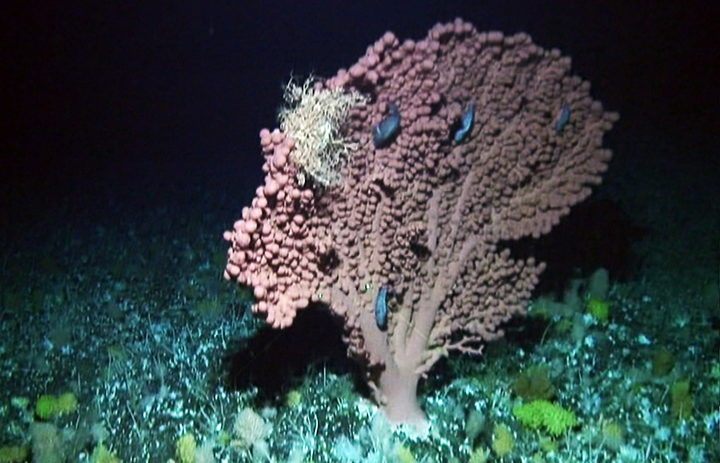 The name ‘Bubblegum coral’ refers to the distinctive pink and red colour of the colony and the shape of the large round colony polyps. This species of coral is found in the continental shelf region both on slope margins, ridges and seamount features, in depths around 800-1000 metres.
Bubblegum corals are also the second most common gorgonian octocoral group found in the New Zealand region.

DoC's Threatened Species Ambassador, Nicola Toki tells us all about this fragile "critter".