People are better off smoking natural cannabis than playing Russian roulette with synthetics, the director of the New Zealand Drug Foundation says. 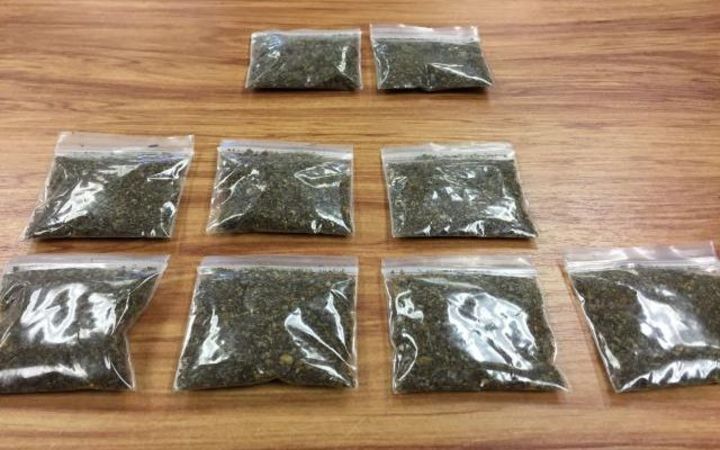 Ross Bell's comments come amid growing public concern about synthetic drug use and its effects. In March, a video was posted to Facebook showing two people in a "zombie-like" state and vomiting, after apparently taking the drug known colloquially as bath salts.

This week a video emerged showing men slumped over on a park bench and another on the ground foaming at the mouth, again purportedly after taking synthetic drugs.

Mr Bell told Afternoons with Jesse Mulligan there were a number of chemicals in synthetic cannabis, each with different effects, and people were choosing to use synthetics because they believed it was just like cannabis.

"Because there is a range of chemicals, on any given week you don't know what you are buying from your dealer and we are seeing - not only in New Zealand, but all around the world - these products causing real harm, including deaths, and you don't get that from natural cannabis."

People were also choosing to use synthetics because they did not show up on a drug test, he said.

"The products that were on the market years ago, we weren't seeing all of these negative effects, but I think New Zealand history proves itself that every time you ban something it gets replaced with something more dangerous."

He said the ban meant the government missed a chance to regulate the chemicals in the synthetics and ensure those that were being sold were safe.

"What do we do now that we have driven this all to the black market and are allowing users to play Russian roulette?"

Associate Health Minister Peter Dunne told TVNZ there was nothing to suggest there was a synthetic drug epidemic in New Zealand, but Mr Bell said there was real cause for concern.

"The black market is full now of new and very dangerous, often unknown chemicals. All of which have been cooked up to mimic old drugs like cannabis or ecstasy or LSD. They're all often sold as those drugs so users don't know what they're taking.

"They all look the same, they're all mysterious white powders and you don't know from one chemical to the next what is in these and the effects are horrendous," he said, pointing to the videos apparently showing synthetic drug users vomiting, convulsing and having seizures.

Ultimately, he said, he would like users to know what was in the drug they were taking, which would mean making cannabis legal. But Mr Bell said politicians remained nervous about discussing the future of New Zealand's drug laws.

"Let's grow up and have a drug law that doesn't criminalise but instead provides [users with] help," he said.