A capsule buried in Wellington for more than half a century has been cut open, revealing a newspaper, photos and a handful of coins. 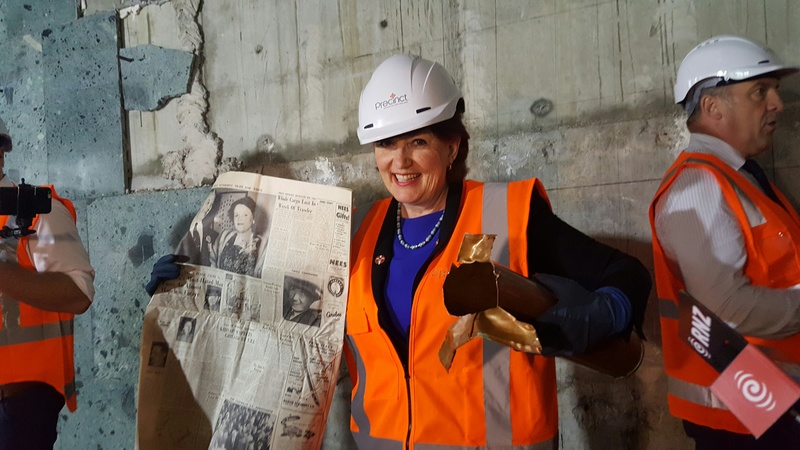 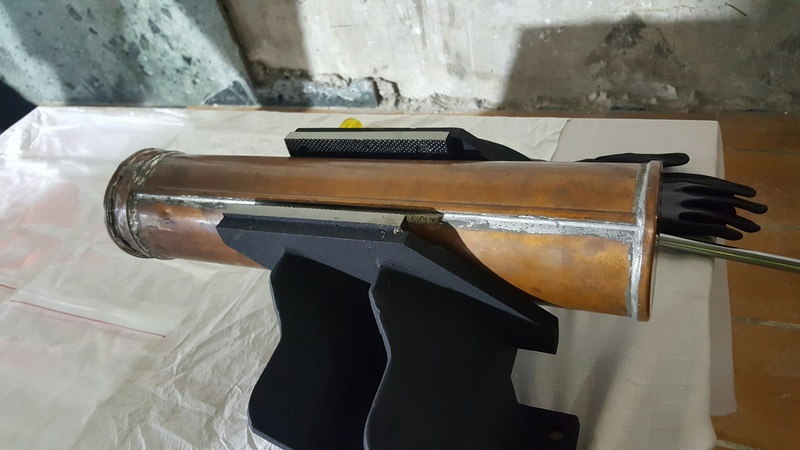 The case appeared to be an old bullet casing. Photo / Chris Bramwell 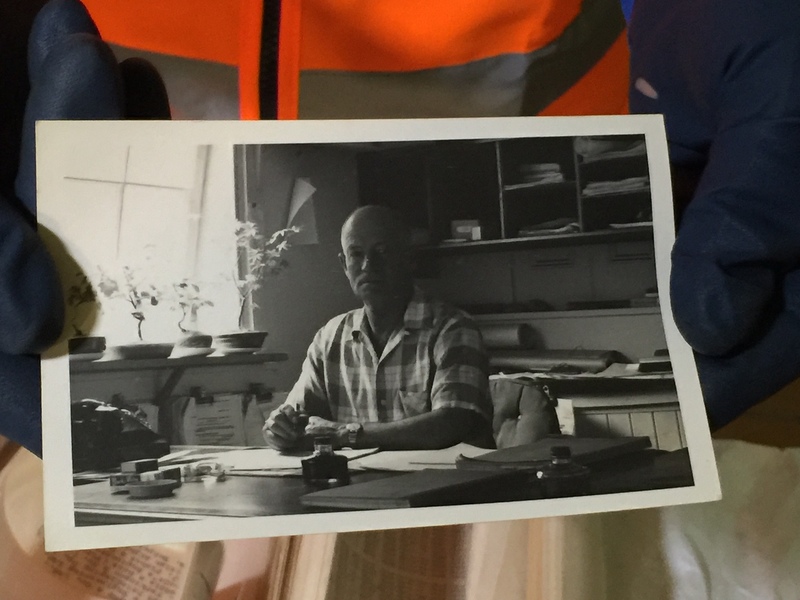 The capsule contained a newspaper, photos and a handful of coins. Photo / Supplied 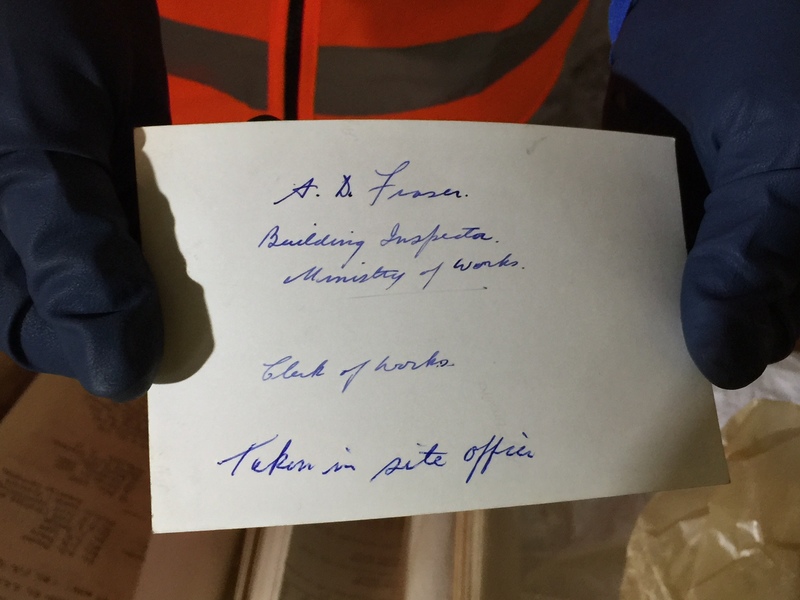 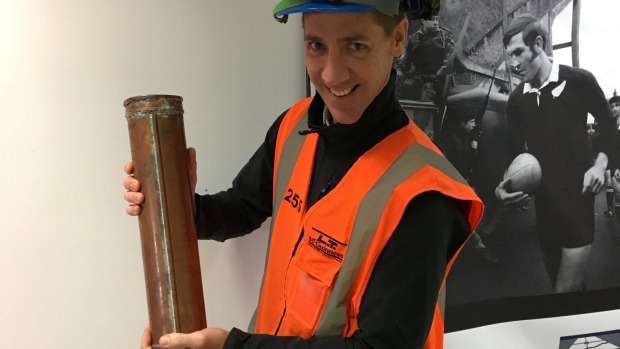 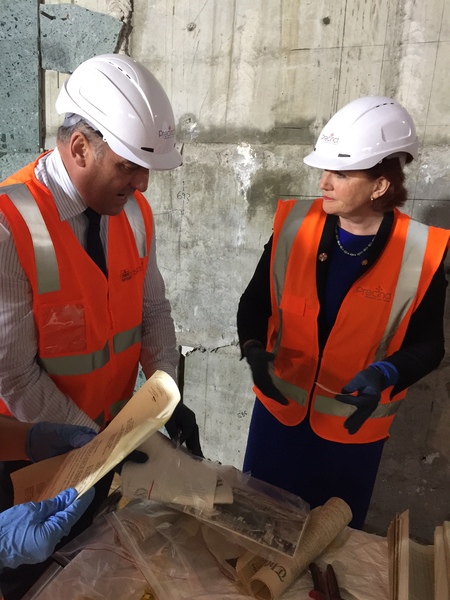 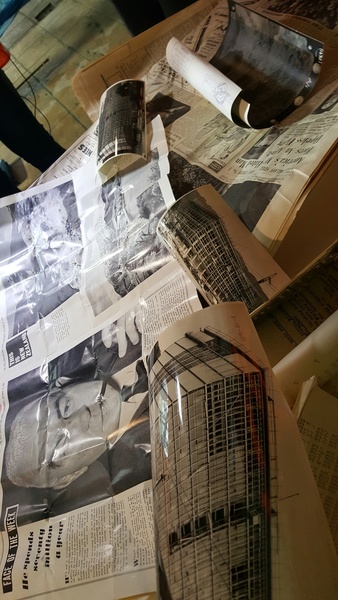 The metal cylinder was discovered late last year during demolition work on the Bowen State Building near the Beehive.

The contents included building plans and photos of the building's construction during the late 1950s, as well as a magazine clipping from the spring of 1960.

Minister of Arts, Culture and Heritage Maggie Barry officially opened the capsule at the site today, and said it was representative of the times.

She told Afternoons with Jesse Mulligan it was reasonably difficult to access.

"It was all contained in behind a concrete barrier, behind a plaque. It looked as if it's in an old bullet casing - very solid, it was not intended to be found.

"It took some doing to open the darn thing, I can tell you - I'm pretty handy with the secateurs but I couldn't do it myself ... Bit heavy-duty industrial pliers were what got me there in the end."

The items' significance will now be evaluated by Te Papa Museum.