Could we make Mars livable? 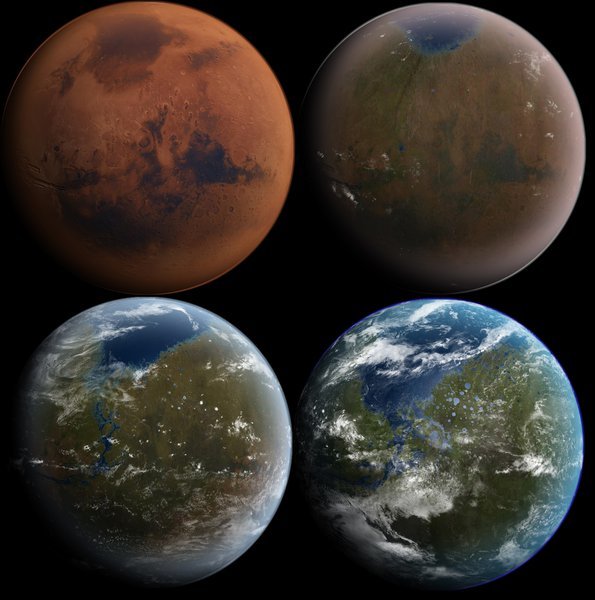 An artist rendering of what Mars might look like over time if efforts were made to give it an artificial magnetic field to then enrich its atmosphere and made it more hospitable to human explorers and scientists. (image: NASA) 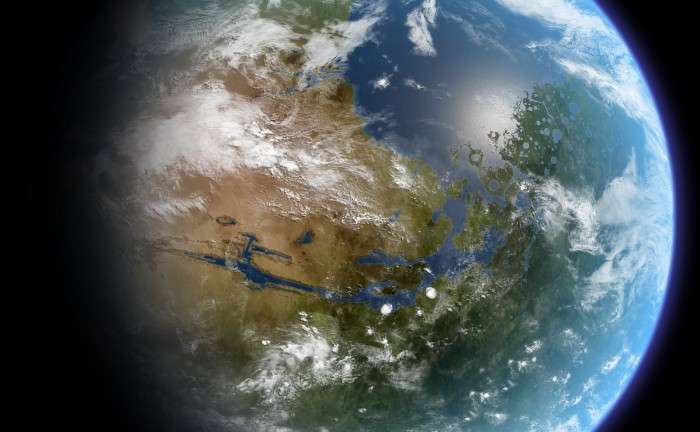 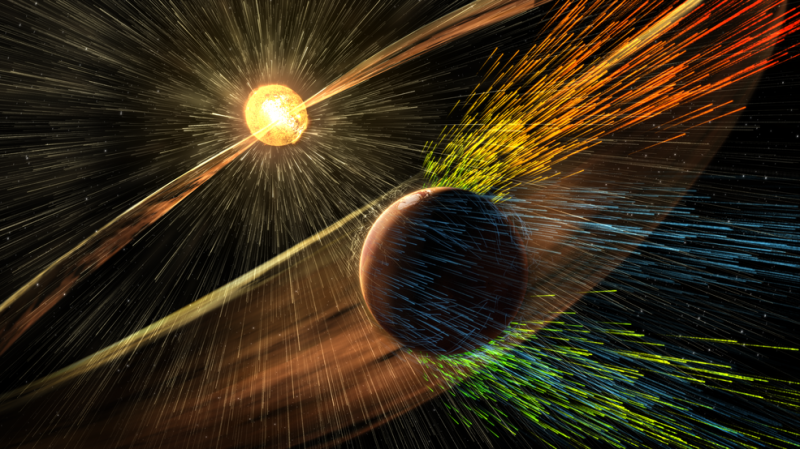 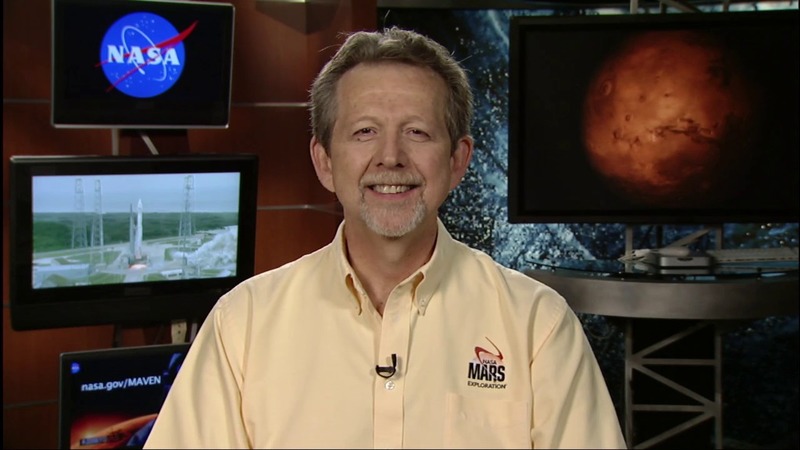 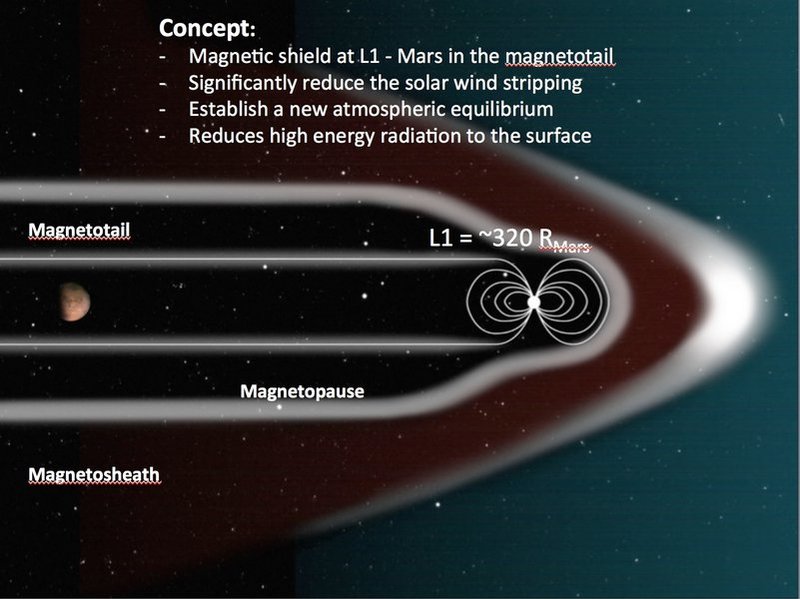 NASA has come up with a pretty bold idea to make the planet Mars potentially livable for humans - launching a "magnetic shield" to a stable orbit between Mars and the sun which would effectively give it time to restore its atmosphere.

Mars once did have magnetic fields and was warmer and wetter. But those fields have been stripped away by solar particles over billions of years.

So if Mars had a functioning magnetosphere to protect it from those solar winds, could it develop a thicker atmosphere, warmer climate and liquid surface water?