Last week we told you the story of Hayden Donnell's search for the inventor of Kiwi Onion Dip. The spinoff writer found Rosemary Dempsey, now 85, who is credited with inventing the dip made from mixing a packet of dried onion soup with a can of reduced cream.

Well the mystery has deepened.

Because it turns out that the Americans may have been doing this well before us.

We speak with Former 2ZB Woman's Hour presenter, Miria Finny, now 89, who says she has been using the recipe since the 1950's, and got it from an American friend. 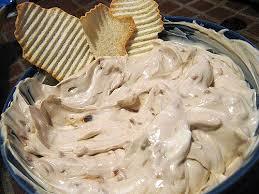