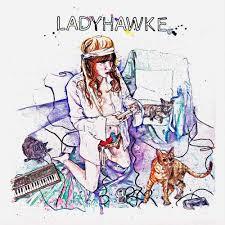 Pip Brown talks to Jesse about making her eponymous debut album, her musical influences and life in London.

Ladyhawk was released on 19 September 2008 by Modular Recording. It reached Number 1 in the New Zealand charts. It won 6 awards at the 2009 NZ Music Awards.

The biggest selling single from the album was in fact the fourth release, My Delirium, which hit number 9 in New Zealand and number 8 on the Australian charts.