United Noshes: a meal for every UN country 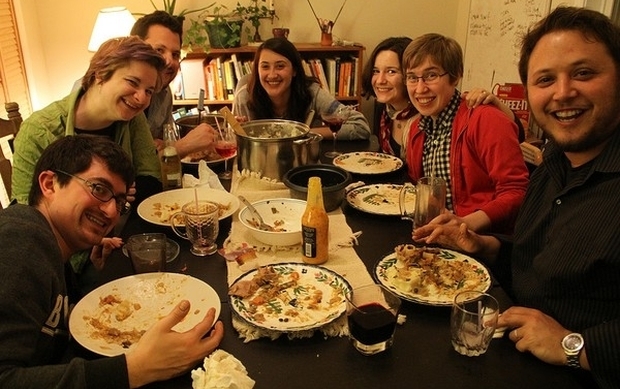 United Noshes is a series of 194 dinner parties, one for each member of the United Nations, in alphabetical order.

It started in 2011 in Brooklyn, squeezing friends and strangers alike into a 500-square-foot apartment.

Now they've reached ‘N’ – New Zealand is up this weekend.

Jesse Friedman is one of the people behind United Noshes, and he's exploring how to cook like a Kiwi.

Jesse says he's researched hangi, but the weather is off in the States right now and he worried about having the right rocks.

“It’s been quite cold here, so it would be a pretty miserable experience digging out the hard, solid earth.”

He guesses his American dinner guests will expect a New Zealand meal to include lamb or mutton so will likely include these. He also plans to err on our side of the Trans-Tasman pavlova debate and serve that for dessert.

Who’ll be coming to the New Zealand dinner?

The dinner guests will include a few friends, an ex-pro soccer player, a retired railroad worker who is also a rhododendron enthusiast and an American woman who worked in the New Zealand parliament in the ‘70s, he says.