Politics and the corporate world have long been guilty of egregious crimes against language, but this obfuscatory jargon is now creeping into everyday speech.

Jargon is annoying, confusing, pretentious and at times down-right useless, yet still it endures.

Amanda Woodard is the editor of HRM online in Sydney (a human resources publication) and she's a contributor to ABC Radio National's best practice show, where she deconstructs business jargon. 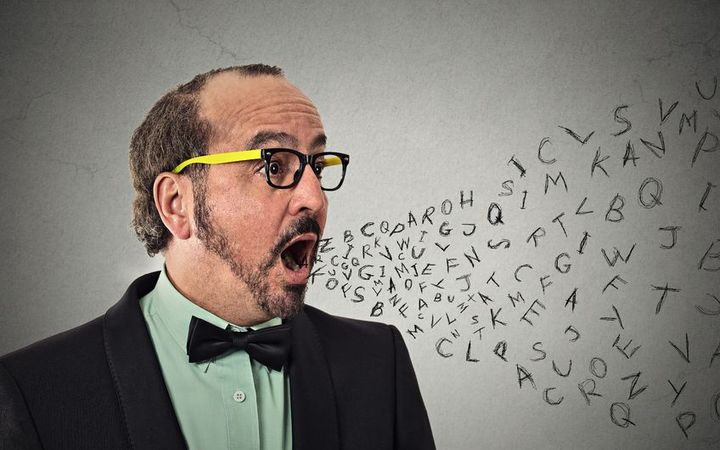 Jargon, she says, is almost a tribal language which we seem to adopt as soon as we walk through the door of the office.

“’Problem’ has become almost a toxic word that you don’t use in the office at all you are ‘solutions-focussed’.”

She says jargon is largely driven by corporate needs and is the “language of capitalism at its most raw.”  And it masks true meaning, workers are encouraged to have ‘ownership’ and yet have no stake in the company financially.

“If you look at some of those reports coming out of the corporations that went bust in 2008, the language is extraordinary in the way it masked what was really going on.”

Another reason to adopt plain speaking is that people hate jargon.

“Every time you survey people at work and ask them about jargon, consistently they say they hate it - it doesn’t make them feel more engaged, it makes them feel more alienated even when they are using it themselves.”

And in the political sphere, Donald Trump’s unvarnished straightforward speaking has paid dividends she says.

And which industries are particularly bad jargon mongers? Woodard picks out her own industry as a good example of what not to do.

“Human resources is notoriously bad at, talking about functions and solutions and processes. You just have to look at some of the job adverts that are coined by people in those departments to realise where it’s all going wrong.

She says words and phrases likely to gain ubiquity over the next few years are digital disruption and data wrangling and she notes with alarm UK prime minister Theresa May using the word ‘frictionless’ to describe Brexit negotiations.