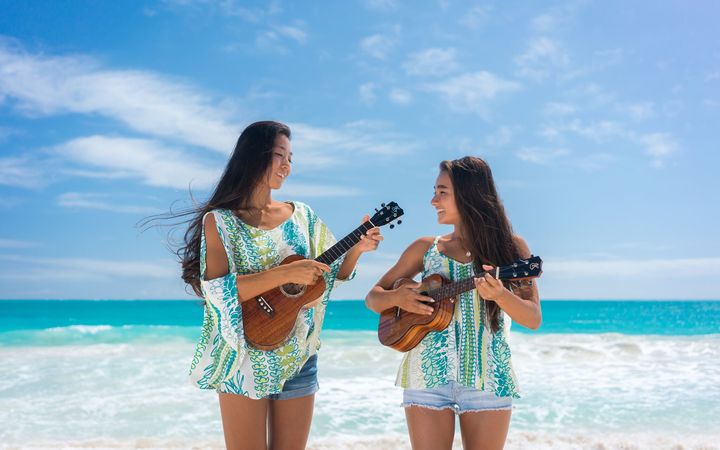 Hawaiian ukulele YouTube stars Honoka and Azita visit the studio ahead of their guest appearance at the 10th Annual Ukulele Festival in Auckland.

A stringed chorus of 2500 young ukulele players from around New Zealand will headline tomorrow’s festival, playing a 75-minute set, but Honoka and Azita have been invited as special guests to follow them up.

Honoka, 18, and Azita, 15, have been playing together for four of five years, and became YouTube sensations after they paired up and released a video of themselves "just playing for fun".

"When we first started we just decided to post a video, and it was amazing because it just like, exploded, to like a million views," Azita said.

Azita says she has been playing since she was four, and Honoka started at the same studio which was how they met.

The pair will be playing a 20-minute set at the free festival at Vector Arena, with the event set to run from 11am to 3pm.

Event organisers have estimated a yearly attendance of about 10,000 people at this year's festival.