The Mystery of the Kaikōura Bubbles

Mysterious bubbles off the Kaikōura peninsula are a "magical silver lining" – and a potential tourism boon – from last Monday's quake. 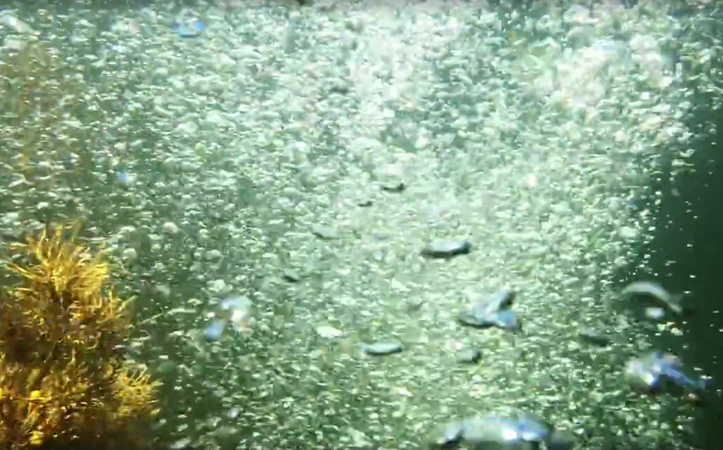 Foy says it was a little unnerving to come across the 100m long, up to 30cm wide, line of bubbles.

He says the water around the bubbles is a bit warmer and there is a slight sulphurous smell, and he has been told it is gas releasing from the seabed after the earthquake.

University of Canterbury geohazard risk and resilience lecturer Matthew Hughes has travelled to Kaikōura to figure out what is going on.

Dr Hughes says it is not unusual for natural gas to bubble up from the seabed, and he is not worried about the phenomenon.

Soon, scientists will have analysed the gas and measured the temperature of the water and we will have a better idea about what is going on, he says.

“What I think is happening is that, with the naturally occurring ground water in the rocks of Banks Peninsula …, is that there is natural dissolved carbon dioxide in that ground water.”

The earthquake had caused a fracture that allowed the carbonated water to bubble to the surface, like opening a can of fizzy drink.

He says, at this stage, there is no way of knowing how long it would continue.

“Therefore, we should treat it as a precious resource and actually look after it.

“This community has suffered an awfully big shake, a dramatic event, and the bubbles story is a magical silver lining in this otherwise quite serious event.

“And certainly from a tourist perspective people should take advantage of it while it’s here.