The Future of New Zealand's Coastlines

The massive uplift after the 7.8 magnitude quake has changed Kaikoura's coastline significantly, with a new reef forming as the land moved up by as much as 6m along the fault plain. 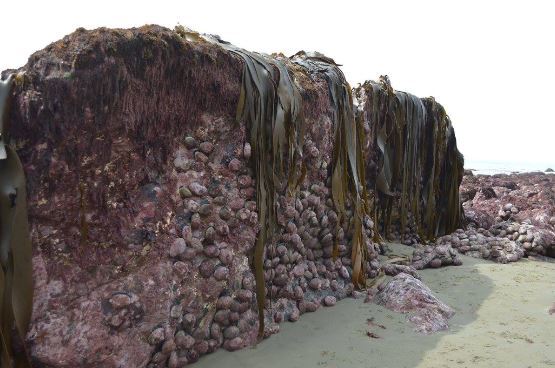 The Kaikoura seabed rose out of the ground after the 7.8 magnitude earthquake. Photo: @lou_gordongreen 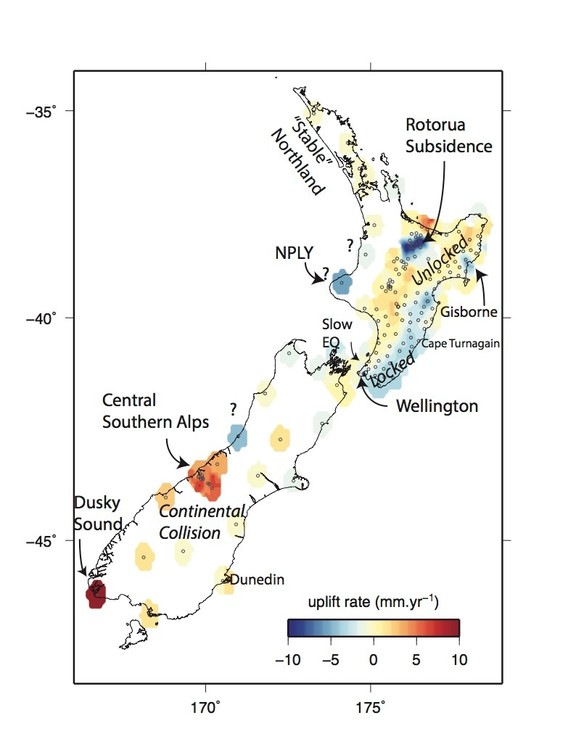 A map showing colour-coded rates of vertical movement for the period of 2000 to 2015. Photo: Supplied

But do we know what the future of New Zealand's coastline will look like?

Just-published tectonic research by Victoria University gives some insight into what sea levels could be in the future.

Its co-author, Victoria University's professor Tim Stern, told Afternoons there is about 15 years of data which show some areas subsiding and others rising.

Parts of the eastern side of the North Island has dropped by up to 3mm a year and, coupled with the global rise in the oceans, it adds up to a 6mm a year sea level-rise.

“And that is definitely significant”, Professor Stern says.

“We need to know how the … coastlines are moving for planning purposes, and the tectonic component is, as we have shown, as big as the actual global sea-level change.”

Parts of the country – the Bay of Plenty; Whanganui down to the Kāpiti Coast; and Otago Westland and Southland – appeared to be uplifting at about 1 or 2mm a year, he says.

“The data also show inland areas of the South Island and the Southern Alps are rising by up to 6mm per year, while in the Rotorua area there is a remarkable subsidence rate of 15mm per year," he says.

“New Zealand is quite different from most countries in that we have this rapid rate of vertical movement and that allows us to use the GPS system to map it.

“Most continental areas are not moving at anywhere near the same rate that we are. In a sense we are lucky, from a scientific point of view, to be able to see this, but obvious there are consequences for the community when he have these large earthquakes,” Professor Stern says.