Is UBI an idea whose time has come?

It's estimated that  there are more than 600,000 people in poverty in this country, which is 1 in 7 households.

And advances in technology - artificial intelligence, virtual reality and robotics - mean many of the jobs we do now to sustain us will disappear. 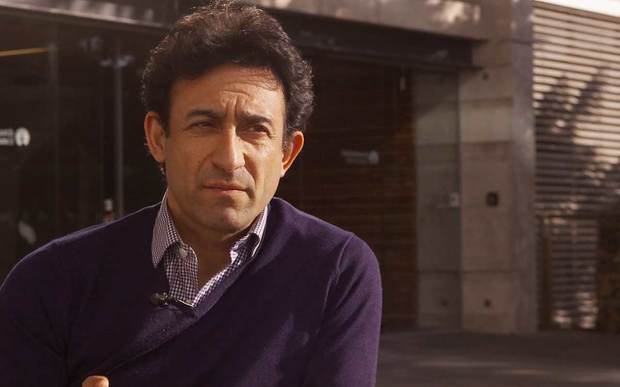 The gap between rich and poor is widening in New Zealand as it is in most other western nations, so if we agree that this is a problem, what can we do about it?

Raf Manji is a Christchurch city councilor and economist, who believes a universal basic income is the answer.

He started his career working in London as an investment banker and currency trader.

He then became interested in environmental sustainability and after moving to New Zealand with his family stood for the Christchurch City Council.

He says his time as a banker taught him the limitations of the global financial system.

"The whole global system was delivering sub-optimal outcomes, we generated a system that was primarily reliant on new debt to fund old debt and a growth imperative that was built into the system which we saw fall apart in 2008."

He says the increasing interest in a universal income is driven by the understanding that we are unlikely to live in a world of full employment again.

"Technologies are really going to crush the jobs market, we simply are not going to need as many people to do jobs so we need to somehow think about separating work from income.

"If there are going to be less jobs what are we all going to do, how are we going to feed ourselves and what is the role of money within that system?"

But he says a universal basic income is about much more than delivering people an economic right, a whole new social contract is needed.

"I think that's been reinforced over the last 30 years with the rise of neo-liberalism and the understanding of citizens as consumers. The state has become very transactional and has treated people as economic agents."

This misunderstands what we are as humans and makes us passive, he says

"We're social beings, it's made everyone become consumers, become passive, become victims, become served, become beneficiaries - and we've also lost that concept that as citizen we do actually have duties."

Politics as usual is a one-way street, he says, but that isn't working anymore. The challenges of the future require a much more engaged citizenry.

He says the whole concept of being a citizen needs to be reset.

"What is our purpose here on earth? Is it just to slog away to eat, or are we here for higher order things?"