Every year in New Zealand we celebrate the foiling of a 17th Century Catholic terrorist plot.

But why does this tradition persist? And what relevance does it have to 21st Century New Zealand life? 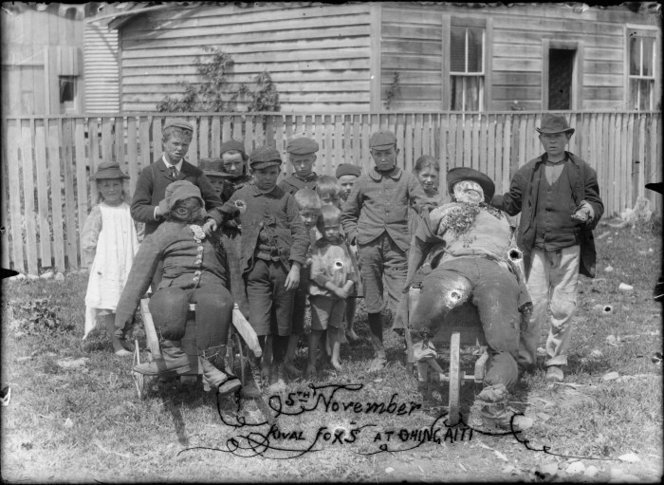 New Zealand inherited the ‘celebration’ from British settlers primarily after 1840. Early Protestant settlers would have celebrated the day, Catholics would have been less enthusiastic.

In November 1605 Guy Fawkes and his associates placed gun powder under the English parliament and, in particular, the House of Lords with the aim of blowing up James I who was opening parliament at the time.

James was a Protestant king and Fawkes, a Catholic revolutionary, was fighting widespread discrimination towards Catholics in England at the time.

Guy Fawkes was betrayed and discovered red-handed under parliament with a huge pile of explosives.

He was tortured, hung drawn and quartered as an example to other would be terrorists.

So why does what is essentially an anti-Catholic celebration endure in modern New Zealand?

Victoria University historian Grant Morris says what was once a significant sectarian celebration is now stripped of its original meaning in all but name.

In the mid late to 19th Century the Freemasons and the Orange Order would have marched in recognition of the day.

And catholics in New Zealand at the time would have been uncomfortable and wary, Morris says.

As the 20th Century progresses tensions between Catholics and Protestants fade and we’re left with children asking “Penny for the Guy”.

“Guy Fawkes really is an antiquated term and the celebration is so disconnected to what it once was but it does retain that anti-Catholic title and Catholicism is now the largest Christian denomination in New Zealand and that does seem a little bit odd,” Morris says.