The playground with no parents and no rules 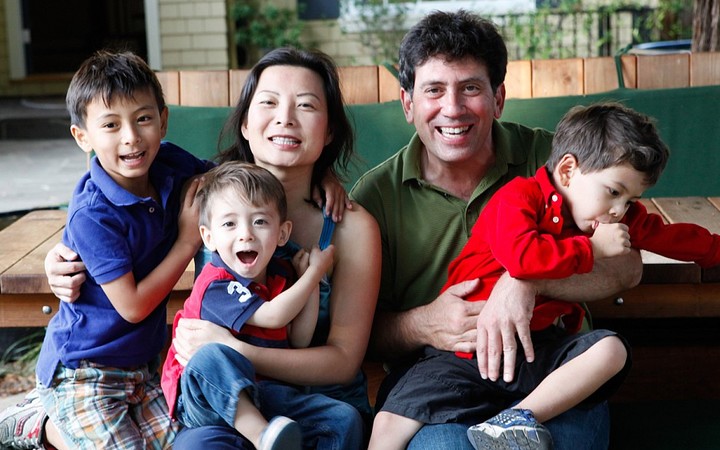 It's called the playborhood - and it's an anti-helicopter parent's plea to allow kids to take risks without any supervision.

Mike Lanza built the playborhood in his yard in California for his three boys and he welcomes kids from all over the neighbourhood. But not everyone is so keen on the idea.

Mike says because today’s kids don’t roam the streets unsupervised like they used to it’s important they have options for outside play as close as possible.

“If you don’t have something really appealing for them right outside of their front door, they may not venture outside and they stay inside and watch screens.”

The playborhood is Mike’s yard has a play river, a 35-foot whiteboard along one fence, mosaics, skateboard ramps, an in-ground trampoline, a zip-line and a ‘less-safe’ two-storey playhouse.

He says people are welcome to come and use their yard without even knocking on the door.

Some neighbours have become “groupies”, coming almost every day. Some are “in the middle” and come occasionally. And then there are those who don’t want loud playing kids around. He says this is particularly people who don’t have children themselves. 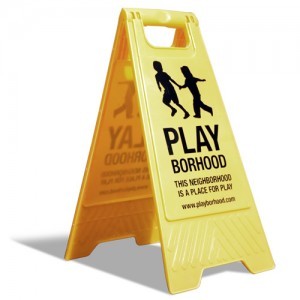 Mike says independent play is how kids learn their limits and capabilities. He gives the example of his “naturally cautious” 12 year old son who learnt to push himself as he taught himself to do backflips and front flips on the trampoline.

What Mike describes as the “epidemic of depression” in young people in the states has an important link with lack of play, he says. Today’s children are too moulded and motivated by external forces.

“Kids are not learning how to trust themselves, how to take control of their own lives, do things that they want to do.

He sees the explosion of sophisticated and interesting indoor activities for kids as part of the problem.

“They have amazing video games, they have the internet, they have television with hundreds of channels, whereas we had three when I was a kid.”

At the same time society has gotten a little crazy about stranger danger and safety, he says.

“Yes, there are dangers out there in the world, but really we have to balance our concern about danger with concern that kids will have drab, boring lives. I think the pendulum has swung too far in the direction of safety.”

Mike Lanza is author of the book Playborhood: Turn Your Neighborhood Into a Place for Play and blogs at playborhood.com.