Magpies on the attack in a Timaru park 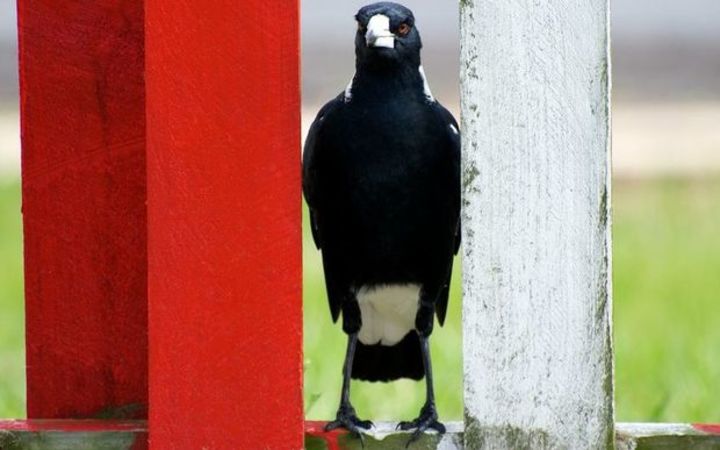 Mountain bikers in Timaru are taking more of a risk in a Centennial Park of late with over protective magpies dive bombing the cyclists. Photo: 123RF

The attacks have been happening on a particular track in the park where a magpie pair feel the cyclists are getting too close to their nests.

It's generally around this time of the year when magpies get quite feisty and aggressive.

The introduced species is considered a pest but is also one of the smarter ones in the bird world.

Lynn MacDonald from New Zealand Bird Rescue in Auckland says there are some simple techniques to keep the birds at bay.

If you’re cycling and wearing a helmet – put eyes on the back of it.

“It stops the magpies swooping in and of course and this only occurs while they’re trying to protect their babies. Big round eyes, the bigger the better.”

And if you’re walking in the city try putting an umbrella up.

Most magpies will get over this phase as soon as their babies are out of the nest, Lynn says.

The magpie is a very smart bird, but is considered a pest. Lynn says there’s no wonder they feel at home, because we’ve made them at home by clearing land.