The man who debunks conspiracy theories

The Russians have poisoned Hillary Clinton, Elvis Presley is alive and well. The Malaysia Airlines plane that disappeared in the Indian Ocean is the same one as was shot down over the Ukraine. 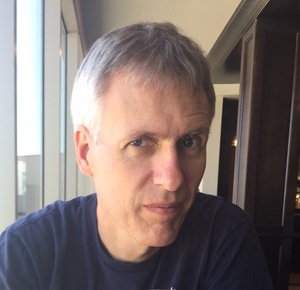 These are just a few of the many conspiracy theories that flourish in the echo chamber of the internet.

Mick West is a science writer and is dedicated to the art of debunking wild theories that circulate online and helping other people do the same, with his website, Metabunk.

His passion for debunking comes from a concern that real problems are being ignored because science is ignored.

“The aim of debunking is two-fold it’s identifying the things that are wrong, and communicating why they’re wrong.”

He says one of the most distasteful, and ubiquitous theories, doing the rounds concerns mass casualty events.

“It’s the idea that people are crisis actors and being paid by the government to pretend that their children have died.

He says on the conspiracy spectrum the most extreme are those who think everything is a lie.

“Everything you see in the media has been faked and everything you have been taught about history is also fake.

Every single mass casualty event is going to have that theory attached to it.”

Mick says such people get deeper and deeper into their conspiratorial thinking.

"They go into a pit where they can’t actually believe they’re not being lied to."

He says true believers can't back down because seeing the flaws in a theory challenges their world view, so they "double down" on their beliefs.

There’s a very small, but significant, number of people who still think the earth is flat,” he says.