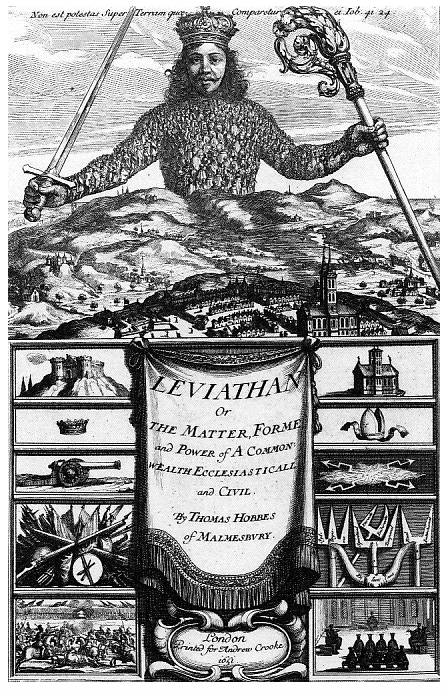 At first glance, the picture appears to be of a king in a chainmail gown, holding in his hand a sword (representing the power of the state), and a crosier (the power of the church).

But a closer look is required to fully understand the metaphor.

The chainmail gown reveals itself as made up of, “a massive crowd of people, all looking up toward … the sovereign’s head and his crown.”

It’s a powerful image that highlights Hobbes’ understanding of the relationship between the masses and the ruler.

Leviathan claims that: “It’s the crowd that bestows the power on the sovereign, and then the sovereign is representative of the people.” Hall says. 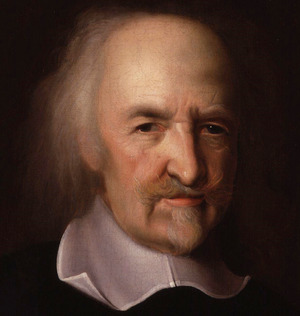 After recently finishing his PhD at Oxford University in political philosophy, Hall has returned to New Zealand to be a guest in Dunedin’s Young Writers festival this week.

He describes his PhD as “looking at recent political and social psychology, and understanding the sort of influence this might have on political philosophy”.

As a result, he’s passionate about thinkers such as Hobbes.

He even sees the conceptions of state sovereignty articulated in Leviathan and the colonisation of New Zealand as deeply entwined.

“A lot of settlers considered Maori culture to fit into the idea of a state of nature – which is what the Crown was supposed to be the antithesis of and getting away from [in Leviathan].” Hall says. “But that was a misunderstanding.”

According to Hall, the settlers possessed deeply Hobbesian attitudes with their conceptions of a single crown controlling enormous swathes of land.

“An idea that wasn’t really familiar to Maori.”

And indeed, as Leviathan appears relevant to New Zealand’s past, it does too to our present.

“Hobbes offers the state as a solution to the problem of anarchy and violence.” Hall explains.

“But then when the state creates its own problems … if the representative gets too far from the common interest and loses support, power is lost as well.”

This might well be a familiar theme in a post-Brexit Britain, something Hall witnessed while completing his doctorate in Oxford.

“No one quite knows who to look to or where for the sense of who’s looking after their interests.” Hall claims, citing open public cynicism and a lack of “attachment” to public institutions.

So is Leviathan worth the read?

“It’s an old way of thinking - but it has these ideas that still seem so relevant today.”

David Hall is a guest of New Zealand Young Writers Festival, being held Dunedin from today until Sunday.