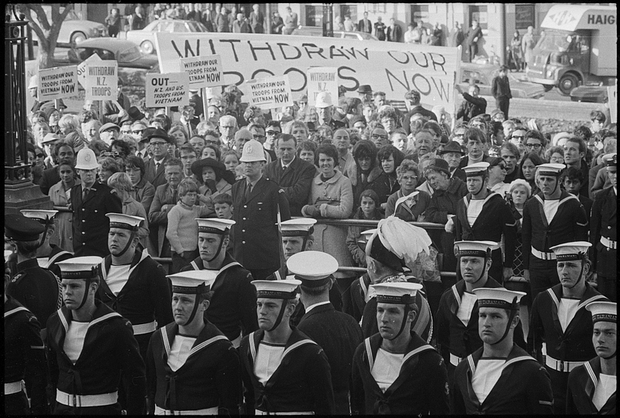 37 New Zealanders died in the conflict, which was the focus of many anti-war protests here at home.

Sarah Johnston from Nga Taonga Sound & Vision shares some sound  recordings from the archives about the war.