US election - an unpopularity contest

What would America's future look like with either Donald Trump or Hillary Clinton at the helm? And what will this mean for New Zealand? 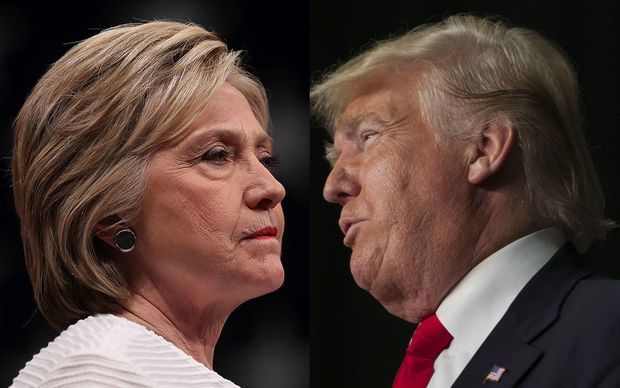 Henry Olsen, a senior fellow at the Ethics and Public Policy Center, is in New Zealand speaking at the public policy think tank hosted by The New Zealand Initiative.

Described as "the smartest commentator on American politics and elections out there", Mr Olsen has predicted the results of all US elections of the past decade.

He didn’t give Mr Trump much of a chance at the start of the Republican primaries. But now he sees the result of November’s election, barring unforeseen events, going only one way – a Clinton victory.

The Trump effect was mainly taking place among the minority of Americans who are active Republicans, and that niche constituency won’t win a general election, he says.

“He’s done nothing effective at broadening his appeal since he clinched the nomination.

“Clinton is on track to win, she remains unpopular; if it were an up or down vote on Hillary Clinton the resolve of the American people would clearly be down. It’s also clear that even more people dislike Donald Trump than dislike Hillary Clinton.”

Mr Trump has lost a bolted-on Republican constituency, he says.

Mrs Clinton is the consensus, elite candidate and Mr Olsen says she will is likely increase taxes on the well-off, increase the minimum wage and increase social security. Traditionally pro trade deals and pro-globalisation she faces significant political headwinds with TPP.

“TPP I think is dead unless there are significant revisions to it.

“If TPP is restructured so that there’s less likelihood that countries such as Vietnam be an effective competitor for American low-skilled jobs, then I think TPP can come back. But TPP in its current form is dead.”

Although a Clinton victory was almost certain, If Mr Tump wins, he joked, a “mass-exodus” to New Zealand was likely.