Several groups are preparing formal complaints about anti-fluoride ads that have screened on television, the Science Media Centre says. 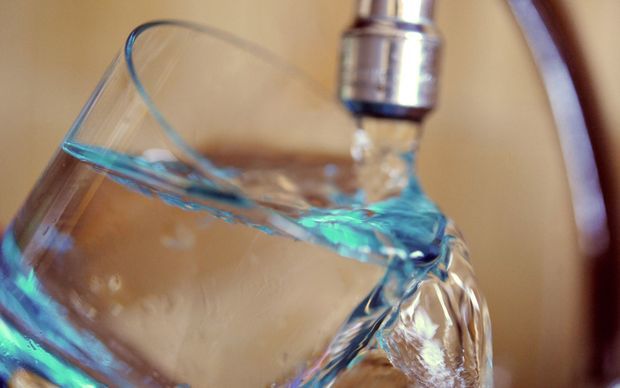 The ads claimed fluoride is a watse product collected from the chimneys of fertiliser factories. Photo: AFP

The spots, which were paid for by Fluoride Free NZ, screened on TV3 in July. The groupt used a givealittle fundraising page to raise more than $30,000 to fund the TV adverts.

They included claims that fluoride was a waste product collected from the chimneys of the fertiliser industry, and that it did not improve dental health.

Science Media Centre spokesman Peter Griffin told RNZ the ads were tame compared to some of the claims anti-fluoride campaigners had made in public, which included linking the chemical to autism.

It was true that the fluoride added to water could contain trace elements of other chemicals, but that was true for all sorts of things people consumed, Mr Griffin said.

"What people forget about is exposure and dosage, and the fact that you're exposed to very tiny [amounts] of this stuff," he said.

"The fluoride itself could be toxic if you took a lot of it, but the amount that's being put into the water supply is so minute that it's deemed to be safe - and decades of evidence suggest that."

Some "outlier" scientists disagreed with the prevailing evidence, but they cherry-picked evidence to suit them, Mr Griffin said.

"It all looks good but it's a clever facade really - none of it stands up to scrutiny. When you actually look at the balance of evidence it suggests that fluoride in the water is effective and it's safe."

Fluoride Free NZ spokesperson Kane Titchener said it was agreed by both sides of the debate that the amount of fluoride added to the water had an effect on human health.

"There are no safety studies so claims of safety are based on belief rather than evidence."

Mr Titchener said there were now more than 300 studies linking fluoride and brain damage in animals and 50 out of the 57 human studies also show adverse brain effects.

He said the group believed that the TV ads were an "accurate and fair portrayal of the fluoridation issue".

"The fluoride chemicals used to fluoridate are from the smokestacks of the phosphate fertiliser industry. The toxic gases are captured in wet scrubber chimneys because they are too toxic to be released into the environment.

"The resulting toxic fluoride, Hydrofluorosilicic Acid, has never been tested as being safe for human consumption."

But complaints to the Advertising Standards Authority (ASA), if upheld, could help to make broadcasters think twice before running similar ads in the future, said Mr Griffin.

Making Sense of Fluoride president Daniel Ryan said in a statement that his organisation hoped to be able to submit a complaint to the ASA about the complaints in the "near future".