75 year of our women in blue

New Zealand police is marking 75 years since the first women joined the force in limited roles in 1941.

Sarah Johnston from Ngā Taonga Sound & Vision shares some fascinating recordings about the experiences of our early women police. 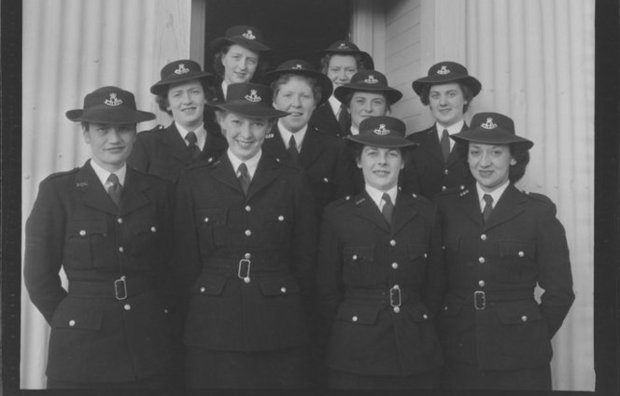 Before 1956, New Zealand policewomen were confined to driving men around and looking after women and children. After 1956 they began full training alongside their male colleagues. It was 1965 before female police officers got equal pay.

The New Zealand controller of police, Samuel Barnett, said this in 1956..

“If the women police here are to justify their existence then they must – like their English sisters – be prepared to stand on their own and undertake the full range of police duties. It is foolish to pretend that they have done this thus far – and equally it is true that this has not been their fault.

The New Zealand male is not disposed to treat the female of the species on an equal footing, nor to acknowledge that she can do so many things that he thinks himself capable of doing alone.

I must say about the New Zealand policewomen what I have said about the English policewomen, and that is this – she cannot be given a place in the police force, she must earn it. Our policy for the future is that she shall be given a chance to earn her place."

That was the start of a change, but it wasn't until 1985 that women with children could become a police recruit.

Betty Bennett was the first Māori women to become a police officer and in 1961 the first policewoman to be promoted to the rank of Inspector.

In two early Spectrum programmes she talked with Jack Perkins about her work, including undercover operations against sly grogging and gambling dens.

In a 1986 Insight programme Anne Waugh, the first woman senior sergeant in the National Police Control Room in Wellington, discusses the difficulties she faced as a woman in the police.

Ngā Taonga have kindly made the full versions of these recordings available on their website: