The House that Jack Ma Built 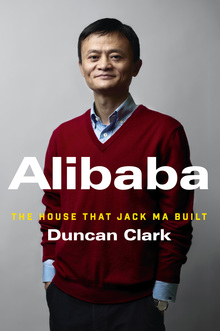 There was a time when one of the richest men in China couldn't even get a job at Kentucky Fried Chicken. 'Jack' Ma also failed his university exam, twice. But failure is often the fuel for entrepreneurs and it propelled Ma to set up his own business.

It's not just the story of one man's accomplishments, it is the story of entrepreneurship and the silicon valley of China.

Was there anything online in China in 1995?

Well it turned out the very first people joining the internet were academics in physics in Beijing, connecting with Stanford University. But as we know, the internet started in the U.S. as a defense project and then a science project. It took a few years before the people of China were able to log on. Jack already had that vision, that it would have an impact. He had to try to convince people to send him money so he could advertise on the web that they couldn’t even access in China to bring them foreign clients. It was a very strong international vision that he had, always.

Is there anything like Alibaba in the West? I have been telling people it is like the Amazon of China, but that is not strictly true, is it?

It’s more than the Amazon of China. We think of Amazon as e-commerce in the West, it pioneered that. I think it is important to remember that there were never really efficient offline retailers. It’s so much more in China because it has brought efficiency, customer choice and trust that people had never experienced with the state-owned department stores and things like that. It has more of an emotional meaning I think, Alibaba, and also some of the other Chinese internet companies; they’re more pervasive in people’s lives than even some of the online companies that we use in the West.

Yeah, I think you can say that. If you think about shops, they’re only open for x amount of hours per day and they’re closed for lunch sometimes (or at least in Paris they are) and they have inventory… in a perfect world, the internet is going to be more efficient. But in China there wasn’t that much to disrupt because people, not just in the big cities but in the smaller cities, they didn’t really have much choice and now they have the world at their fingertips.

Did SARS play some part in driving Chinese online to do their shopping?

It did actually. It turned out that when Alibaba launched its consumer e-commerce business it was just around the time of SARS in 2003. One, their programmers were stuck in an apartment. They couldn’t leave so they were just coding during that time because of the quarantine. But two, a lot of other people in China were stuck at home and were starting to get broadband connections to get news and music and then eventually buy things online. Ironically, by forcing people into their homes, SARS woke them up to the power of the internet and that just happened to coincide with the launch of that consumer e-commerce business.

Jack Ma talks about “focussing on the shrimp”. What does that mean apart from being just another Forrest Gump reference?

Yeah, exactly, he loves his Forrest Gump. He’s really talking about helping the ‘SMEs’, the small and medium-sized enterprises, get online. That’s really his vision from the beginning. Even before he founded Alibaba, he was helping those small companies in his home province of Zhejiang. He had a translation business and he was helping them translate the wares that they had and then later on put them online. Still to this day he really focuses on helping the small businesses reach the big, global markets and also the emerging Chinese consumer markets. Today the big market is the Chinese. Consumers themselves now can connect to a lot of these small merchants online. There is one website that is called Taobao, which is a big part of Alibaba, which has 10 million merchants selling online. A lot of people’s livelihoods actually depend on Alibaba, not just to buy things, but to sell.