Synesthesia is a neurological phenomenon where some people perceive the world in a multi-sensory way. For some, it involves hearing colours in music, or visualising letters and numbers in different colours.

For others, it is more spatial, where number sequences or the days of the week are perceived in locations in space. 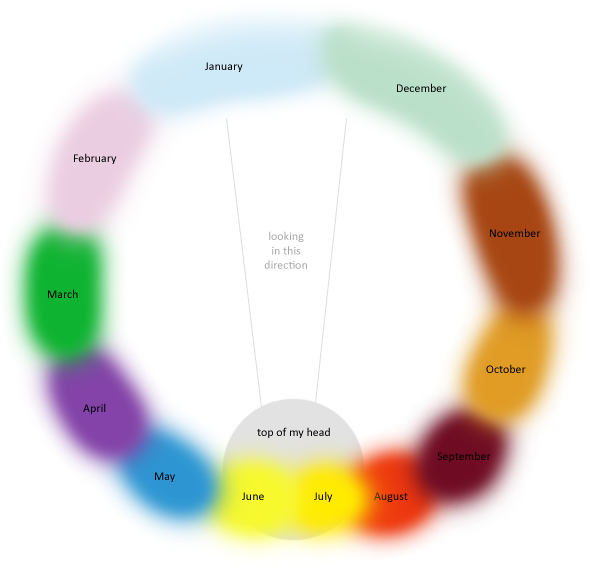 It's a field that fascinates Dr Patrick Shepherd, from Canterbury University's school of teacher education, who is  also a composer, conductor and performer.

He says the condition harks back to the Ancient Greeks and has had a “chequered career” because of the believability of it, but since the 1990s and the age of MRI scanning, it has more of a clinical and medical validity than it did before that.

Dr Shepherd says that while it does sound "nuts", for people with synesthesia, it’s a very real way of perceiving the world.

He talks to Jesse about what we do and don't yet understand about synesthesia, and answers questions from listeners.

JM: Can you give me a couple of other examples of how synesthesia might manifest itself?

PS: One of the big ones is gustatory synethsasia which is to do with taste. So somebody might say “that chicken tastes a little bit spiky”. And we might interpret that as being spicy perhaps, or that is has a sharp acidic taste, but that’s actually not what they mean at all. They’re actually sensing that piece of chicken as a sort of a sharp spike.

There’s also spatial synethsasia. One of the clients I worked with who has spatial synethsasia was a mountaineer, so he saw the world very differently. Whereas we might look at it as a chasm between two mountains with fear, that’s how he saw the whole thing in terms of the space – as solid objects with the gap in between them. And he wanted to live his life in space, because that’s how he perceived the world.

JM: Is it something that hinders you in the everyday world?

PS: It’s both a curse and a blessing, I think. And from the people that I’ve talked to – some of them use it [like] the musicians, I’ve talked to,use it. I’ve talked to various people in New Zealand who have volunteered to be part of [my] project... Some of the musicians might use synethsasia  as part of their every day and some don't. When you look at some of the famous artists across the world who have synethsasia like David Hockney and Billy Joel, [and Lady Gaga], many of them talk about it but it doesn’t  necessarily alter the way they work. If you're a fan of Billy Joel, can you name any of his songs that mention anything about colour? I mean I'm a fan of his music and I'm struggling to.

JM: When is it mostly discovered for the first time?

PS: Evidence is beginning to show that generally kids have it and then they grow out of it…. It would seem to be that the real area of discovery is actually going to be talking to children. But the problem with talking to children is that idea it is  freakish,  and they don't want to be singled out as being different. And if you say something like “only three colours to go until Friday,” people will say “what?”

It often goes hand-in-hand with dyslexia. I talked to one of my students at the University of Canterbury and she said, “I’ve got it”. And I said: “You’ve got dyslexia?” and she said “yes”.

And she said: “No, I just thought that the other children just hadn’t had that lesson.”

That signalled a lot of the experiences that the people I’ve talked to have had. Which is that they don’t discover it until a later time. They don’t discover it until their teens perhaps because they’ve assumed that everyone had it, or in the case of the person I talked to, that it is learned behaviour...And when you get to your teens you become very self-aware and how you relate to the world. And you add it up and realise that not everybody is wired the same way that I am.