Campaign to Pardon Gays in Aotearoa 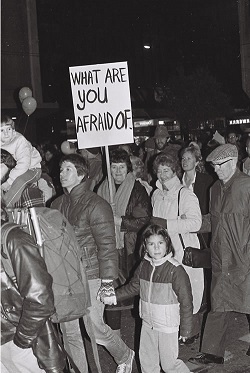 This Saturday marks 30 years since the Homosexual Law Reform Act was passed. The act decriminalised sexual relations between men aged 16 and over.

The Campaign to Pardon Gays in Aotearoa started in late 2014, and the organiser is Wiremu Demchick.

Gareth Watkins of Nga Taonga Sound and Vision has put together this piece to mark the 30th anniversary of the Homosexual Law Reform Bill.