Are we smart enough to know how smart animals are?

Animal intelligence has been underestimated for centuries according to world renowned biologist Frans de Waal. 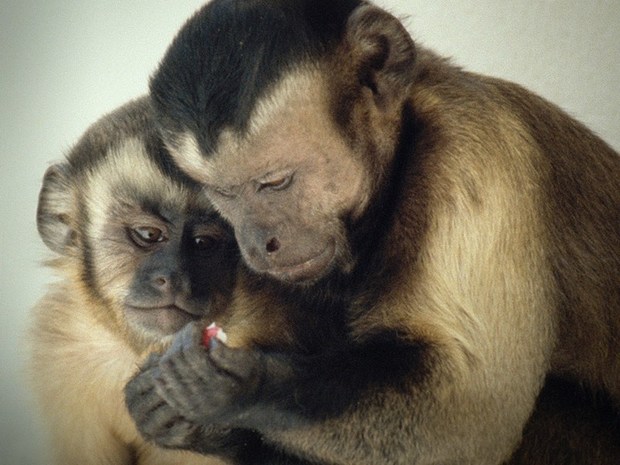 He says the human ego has gotten in the way of studying animal behaviour and we’ve underestimated animals, who often behavioural research, human intelligence is the touchstone and our belief that we are top dog on the evolutionary ladder.

Dr de Waal believes that a different approach will help us better understand animals and ourselves.

His new book is called Are We Smart Enough to Know How Smart Animals Are?

He talks to Jesse Mulligan.

JM: Are we smart enough to know how smart animals are?

FD: I think over the last century we have not shown that intelligence. But I think in the last 20 years or so, we have. So I think in the pervious century animal intelligence could barely be mentioned. So animals would learn, and animals would have instincts, so intelligence was not a word we used in cognition. [It was] certainly not a word we used until maybe the 1980s when more scientists, than just myself, started talking about animal intelligence. And more recently we have developed much better tests, so we have animal intelligence tests that are much more sophisticated than what we used to have and as a result, there are all these new findings coming out, not just on apes, but on crows, on dolphins and dogs and all sorts of animals now.

JM: So 50 or 100 years ago, what would have been their reaction if a researcher declared that a monkey could think as well as just act out of instinct?

FD: Well we know what the reaction was because Wolfgang Köhler was a German scientist who 100 years ago set up these tests where he would hang a banana up high and he would give his chimpanzees boxes and sticks and the chimps would try to get them, but they would never get the banana and then he described that at some point they would sit down and look around and stare at these things for a couple of minutes. Then all of a sudden they would  stack the boxes on top of each other, they would also put sticks inside each other to make them longer. And he said this was a thinking process. This was not trial and error learning, they were thinking it through and coming up with a solution. He said they were thinking beings.  And all the scientific world went into a rage.

JM: You write that in our haste to prove that animals aren’t as smart as people we’ve forgotten that people aren’t animals. Can you explain that?

FD: That comes about because when you talk about animal intelligence they accuse you of anthropomorphism. And they say you should not compare animals with humans and that it’s not a good strategy because we are very different, humans are very different from animals and so they forget that humans are animals and for me, as biologist, I look at human intelligence as a form of animals intelligence. It’s not fundamentally different, it has a few extra elements and it’s more complicated but it’s not fundamentally different.

When people accuse you of anthropomorphism they forget that humans do have intentions, they do have desires, they can think about issues they can process these emotions.