NASA's Juno spacecraft has arrived at Jupiter to study the solar system's largest planet. The satellite, which left Earth five years ago, had to fire a rocket engine to slow its approach to the planet and get caught by its gravity.

A sequence of tones transmitted from the spacecraft confirmed the braking manoeuvre had gone as planned. 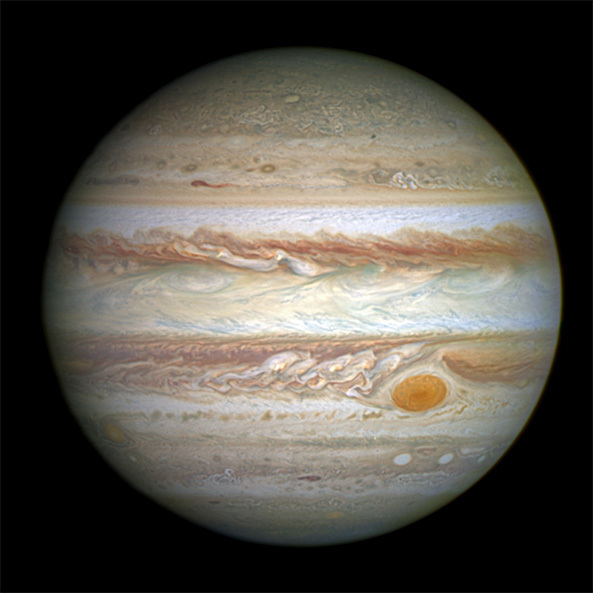 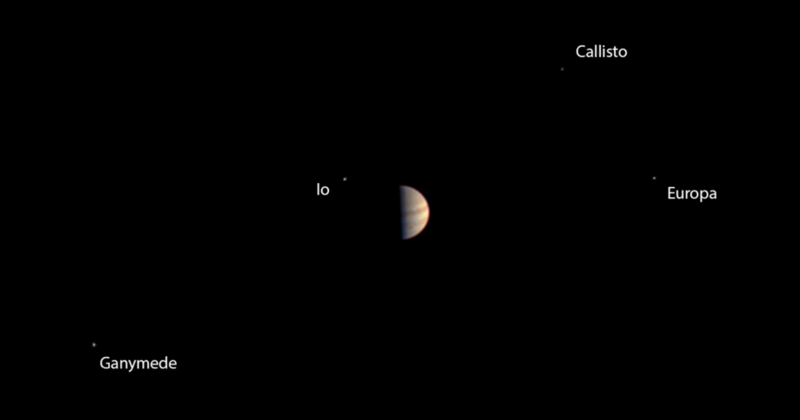 Jupiter and its moons (photo: NASA) 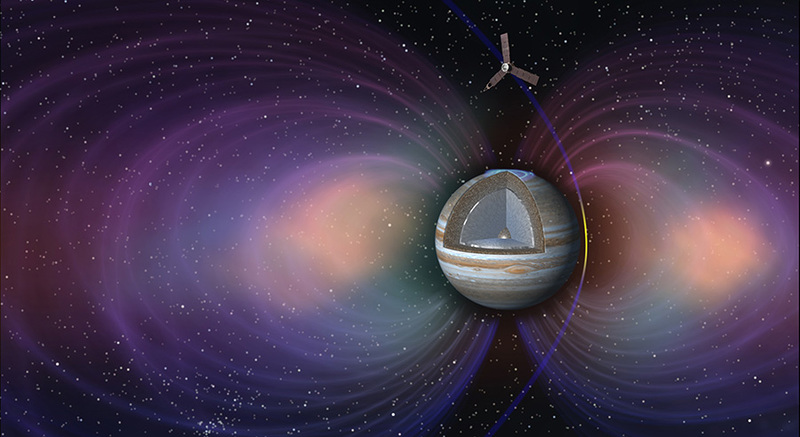 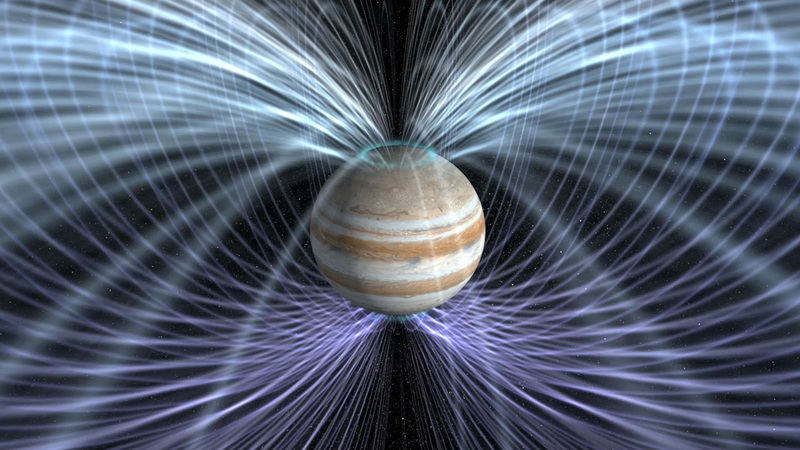 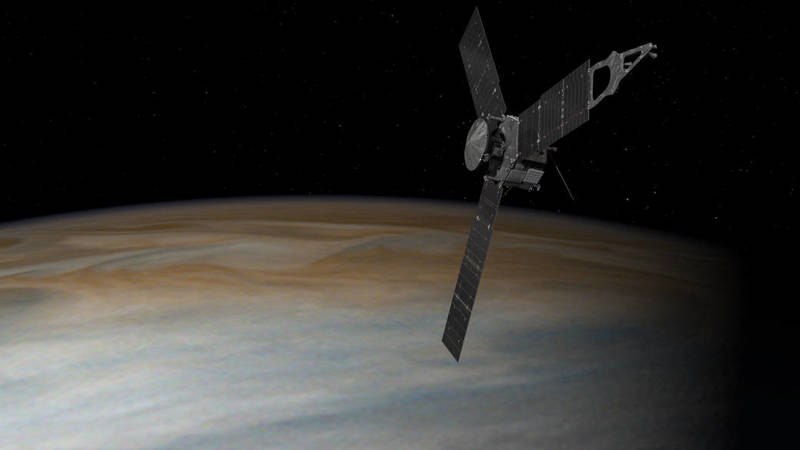 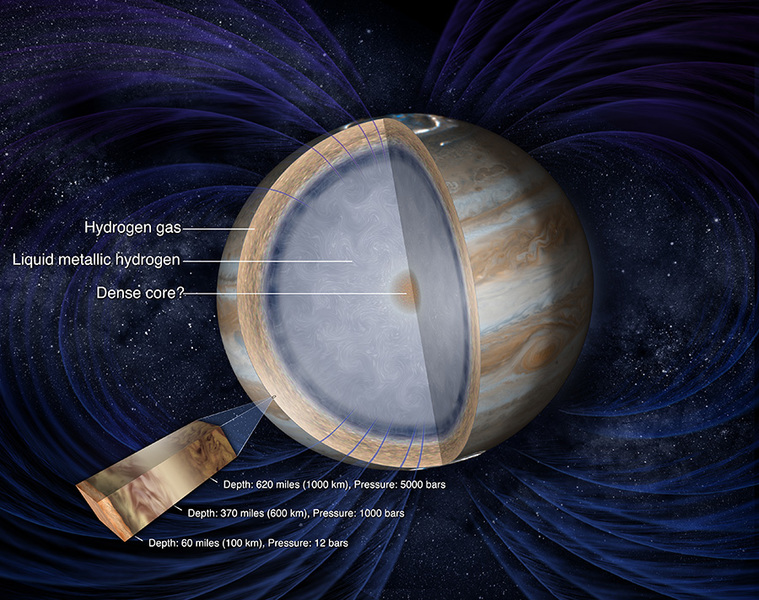 From a unique polar orbit, Juno will repeatedly dive between the planet and its intense belts of charged particle radiation.

Juno's primary goal is to improve understanding of Jupiter's formation and evolution. The spacecraft will investigate the planet's origins, interior structure, deep atmosphere and magnetosphere.

The spacecraft was expected to arrive at Jupiter and execute a perfect braking manoeuvre to enter the orbit correctly, starting at 3.18pm New Zealand time, taking 35 minutes.

It will now remain in place for a 20-month-long dance around the planet.

Michelle Thaller is a planetary scientist with NASA.

There’s a belt around Jupiter isn’t there? But there seems to be a lot of rocks and asteroids in this ring. I am a bit worried that Juno is going to get hit...

Yes, well that would make two of us! There’s actually two major risks that we have to deal with. One is that we will be passing through the ring plane. Like Saturn, Jupiter has a ring. It is much, much smaller than Saturn’s ring (in fact it is not visible from Earth at all) but there are bits of rock, things that are like meteorites, bits of things and dust.

We don’t have the rings very well characterised, so we believe that we’re going to be passing over the planet underneath the ring, where there shouldn’t be much debris. We’ve had other orbiters that have gone fairly near Jupiter and they haven’t had problems with the ring, so we’re optimistic about that. But there is always the chance that there is a little rock at the wrong place at the wrong time and that could do serious damage to the spacecraft and there’s nothing we can do about that. That’s just something we’re going to have to cross our fingers for.

The other thing that we’ve tried our hardest to mitigate is - Jupiter has a belt. It has an intense belt of radiation. There are very, very high-energy particles. There are electrons travelling very close to the speed of light in orbit around Jupiter and we have to fly in on the inside of these radiation belts and we will end up crossing a bit of the radiation belts twice. Of course, we’ve made our spacecraft strong enough that we think it will handle that, hopefully easily, but there are always surprises.

Sorry for the stupid question, I thought a ring and a belt were the same thing. Are they in the same place or are they in different places?

You’re powered by the sun, aren’t you?

That’s right, it’s a solar-powered mission. And this is the farthest away that we have ever had a solar-power-panelled mission. Juno itself doesn’t take a lot of energy to keep the instruments running. That’s by design. We have to be very, very stingy about the energy. It’s about the same amount of energy that would power a blender. But it’s running some of the most sophisticated science instruments ever built.

Jupiter almost has its own solar system doesn’t it?

The moons of Jupiter are massive things. The largest moon of Jupiter is Ganymede and we hope that Juno will be returning an image of Ganymede in the next couple of weeks. Ganymede is very close to the size of Mars and that is a big thing. Ganymede actually at the moment has the record for the most amount of liquid under an icy shell. We think that Ganymede has oceans that are 100km deep and that’s incredible, when you think about something the size of Mars with 100km-deep oceans.

What are you most excited to see, Michelle?