Snell Singlet may be a fake 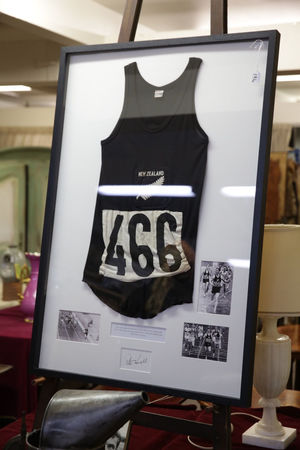 Te Papa says it wont with it's purchase of a singlet believed to have been worn by Peter Snell at the 1964 Olympics because the museum is not convinced of its authenticity. Te Papa had the winning bid of 122-thousand-500-dollars at the auction last week.

Jesse speaks to the man himself, Peter Snell, who says he never remembered giving anyone the singlet anyway.