The ongoing implications of "Making a Murderer" 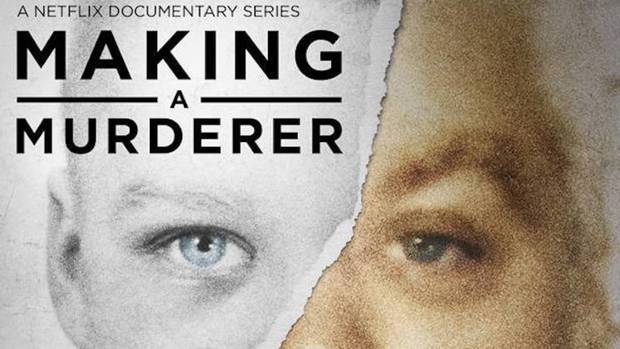 The documentary series Making a Murderer follows the story of Steven Avery who was wrongfully convicted of a crime, exculpated by DNA evidence then rearrested for a new murder by a police department many people believe were out to get him.

Avery's lawyers in that trial are coming to New Zealand to present a live show in November. Jerry Buting is one of those lawyers - he talks to Jesse Mulligan about the ongoing implications of this case.

Read an edited excerpt of their interview below (contains spoilers):

When you watched the documentary, having lived through it, were you satisfied with the filmmakers’ portrayal of how it went down?

Ken Kratz, the district attorney who featured in the show, he prosecuted in the case, said in an interview after the documentary was released that the filmmakers ignored almost 90 percent of the physical evidence that he used to convict Steven Avery of the murder. Does that sound true to you?

That sounds about as true as the narrative of his press conference about bloody murder with stabbings and throat-slitting, none of which was corroborated with any of the physical evidence. No, it’s not true. What he did, is he listed six or eight or ten things that were not in the documentary that he later claimed were so important to the state’s case, but if you go back and look at the transcripts of his closing argument… what lawyers spend time on in their closing argument is a good idea of what they think is the most important. The things that he mentioned he barely touched on, very briefly in his closing argument. If it didn’t mean so much to him then, then it certainly couldn’t have meant that much to the jury either.

What are you most often asked?

A lot of people are very troubled by what they see with Brendan Dassey, the 16-year-old nephew’s interrogation…

Can I just catch people up on that? So Steven Avery is the main subject of the series, but there is another storyline of his nephew who is arrested for the same crime and a lot of the most moving footage of the documentary is when various people interview him and he is a teenager with developmental problems and it really feels like he is getting bullied into this confession that ends up putting him away in jail for a long, long time and no one was there standing up for him.

Right, so that’s what people ask if they have seen the documentary, ‘How common is that? Can that really happen?’ You’ve seen it happen in your country with the Pora case. He was a 16-year-old man when he falsely confessed. In fact I think your government agreed to compensate him just last week, right?

That’s right, there are a lot of parallels there.

There’s a lot of parallels and unfortunately it’s utterly common, at least in America. Less so in most of the rest of the English-speaking world, particularly in the last 10 years or so. Most of them have gone away from the confrontational technique that is depicted in this documentary, but in America it really hasn’t.

People say, how can this 16-year-old be called out of class in high school, brought down to the principal’s office and then arrested and interrogated without a lawyer, without his parents, nobody there for him, is that really legal? And unfortunately, it is. It doesn’t have to be that way and there are some people now who are trying to change the law of various statutes to prevent that from happening, but the techniques that are used, these confrontational type of questions where they don’t accept a denial, no matter how many times you say you didn’t do it.

Thankfully, relatively recently, American courts have started to record interrogations from beginning to end and if it wasn’t for that… in fact there was something new in Wisconsin that was passed as part of Mr. Avery’s wrongful conviction. After his 18 year wrongful conviction there was a commission that was started to look into reforms of the criminal justice system and one of the things that they did was to require mandatory recording of interrogations, so ironically that ended up helping the documentarians and the public see what happened to this 16-year-old, who was really no match for these trained police officers.