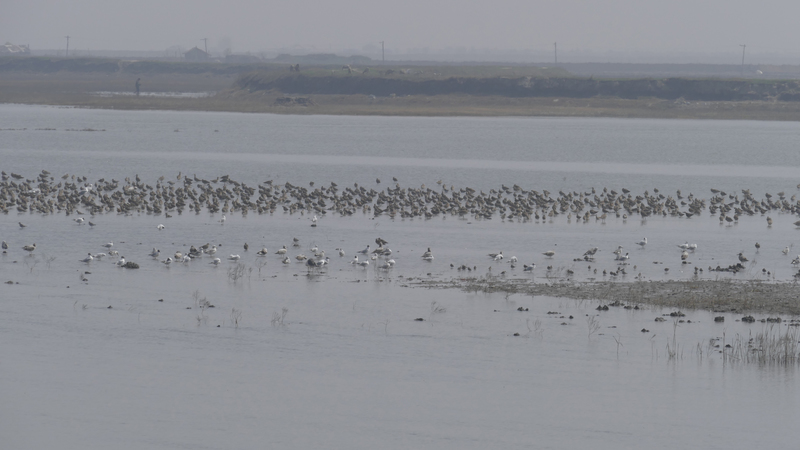 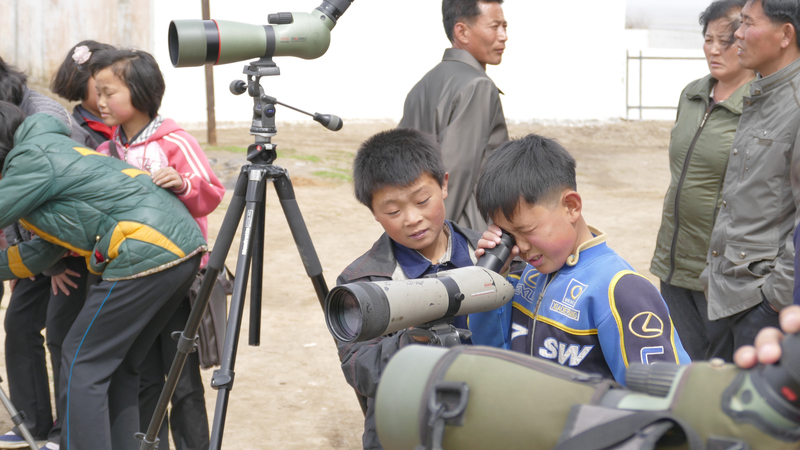 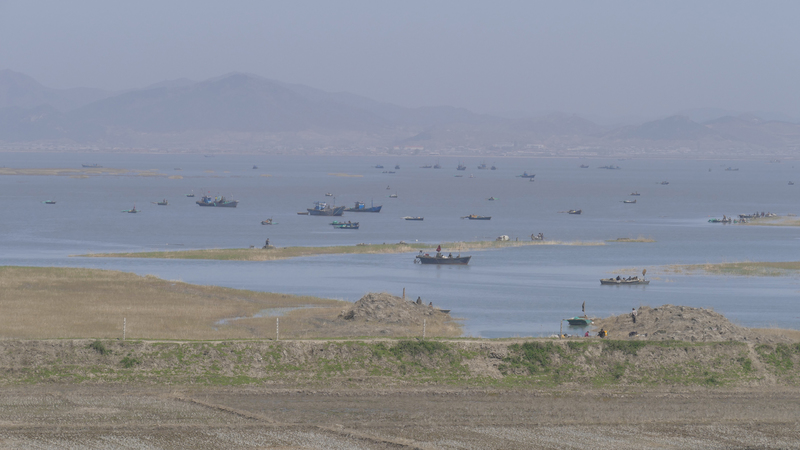 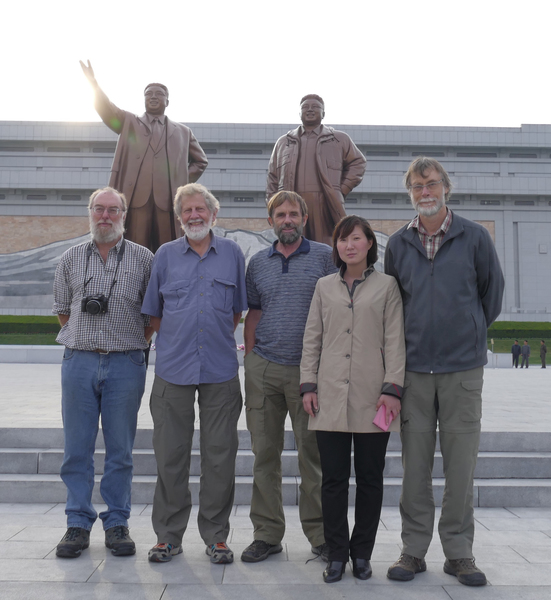 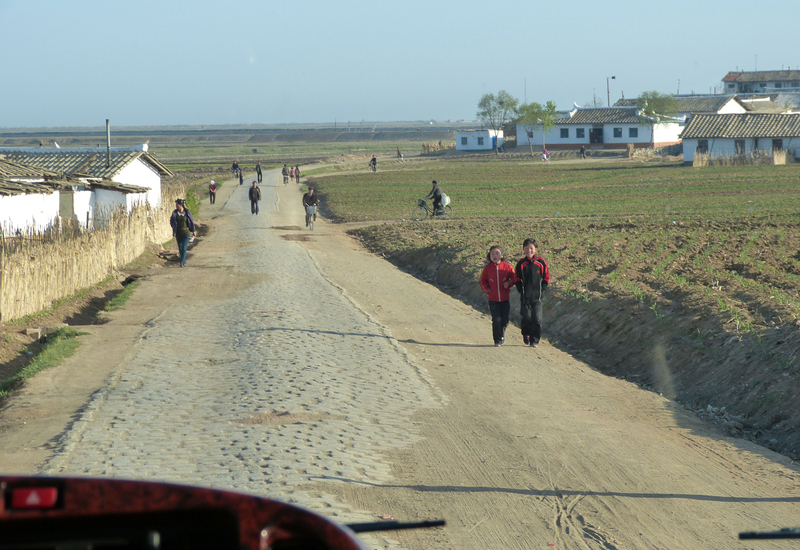 A village in Onchon County in North Korea 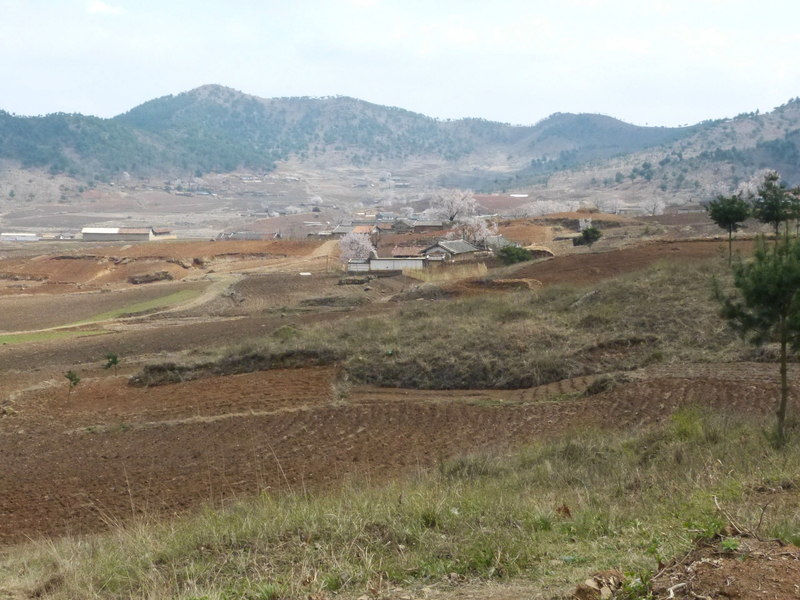 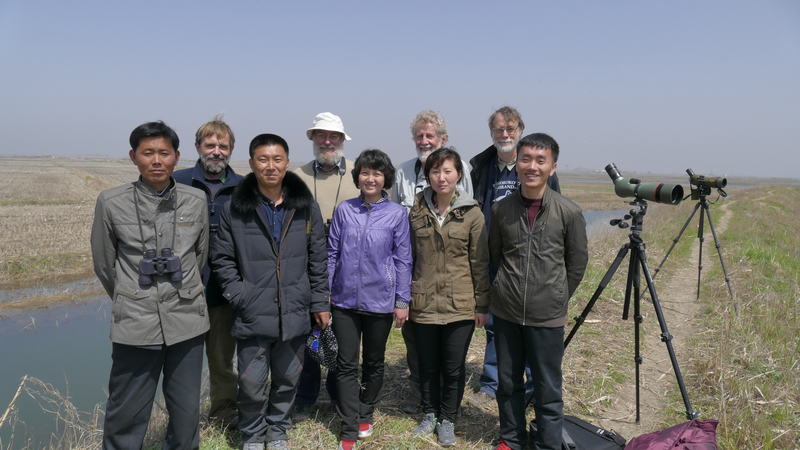 Another photo of the 2016 survey team 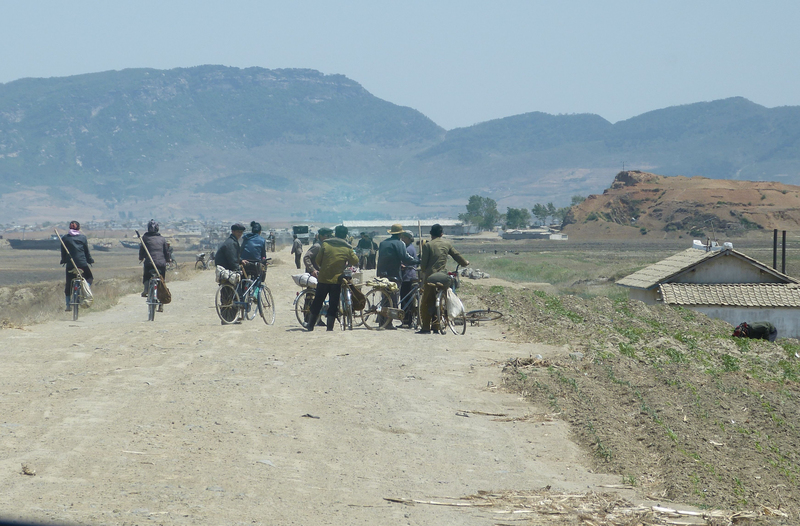 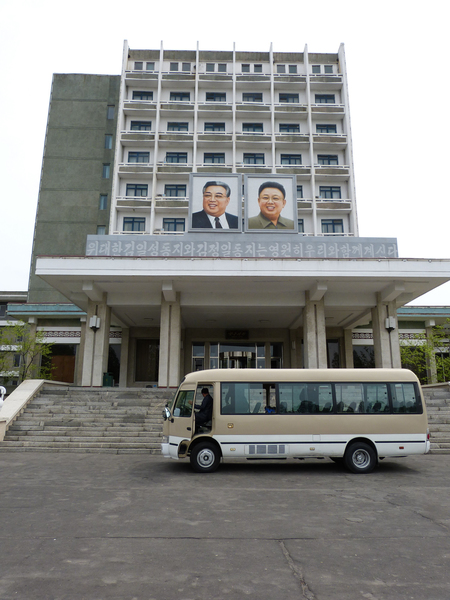 A hotel at Nampho

Not many people get to North Korea, and if they do manage to get in, they don't always get out.

But a team of avid birdwatchers and conservationists from New Zealand has been going to North Korea every year for the past three years to count and watch birds.

The Yellow Sea area marks the stop-off point for millions of migrating birds heading from the Southern Hemisphere to the Arctic - known as the East-Asian Australasian Flyway.

One of the team members, Keith Woodley from the Miranda Shorebird Centre in Pokeno, told RNZ what it was like to bird-watch in the world's most reclusive and secretive state.

People won’t believe that you get to go to North Korea for bird-watching. Keith, how on earth did you manage it?

Well, the credit starts with Winston Peters. When he was Minster of Foreign Affairs, he went to Pyongyang in 2007 on an official visit. We got wind that he was going beforehand, so we wrote and asked him to raise the idea that we would be interested in going and looking at some shore birds. He raised the issue, the North Koreans were receptive, so we’ve been able to get up there for the last three years.

Tell me about what the birds are doing. Why are they stopping off in North Korea?

Hundreds of thousands (several million, maybe) of shore birds and water birds migrating through the East Asian-Australian Flyway each year, from places like Australia and New Zealand and South Asian [countries], and many of them are using the mudflats around the Yellow Sea for refuelling.

Interestingly, development is not encouraged in North Korea and they have plenty of issues - but there’s something there for the birds that they have not rushed into economic development and industrialisation.

That is certainly true. We are seeing a few changes, even in just the short time we’ve been going up there, with quite a bit of development going on in Pyongyang. But the West Sea (their coast of the Yellow Sea) is largely farmland still and there hasn’t been a lot of development there, which is really good news.

Because the other parts of the Yellow Sea that are depended on very heavily by these birds, particularly the Chinese coast and the coast of South Korea, have been heavily developed in the last few decades. In fact, there has been an absolutely colossal loss of mudflats in both of those countries in the last few decades. This is an incredible loss of habitat for these remarkable migrants.

What migrants are we talking about?

From the New Zealand context, we are particularly focused on bar-tailed godwits. They’re the birds that migrate between here and Alaska. They breed in Alaska and come back. They’re quite an impressive bird. We have red knots, also breeding up in Siberia, they’re stopping elsewhere in the Yellow Sea. But part of our interest in North Korea is to investigate whether there is an important red knot site in North Korea as well. Because the site in China, which is depended on by about 60 percent of the population is being squeezed by development as well, so it would be very good to find out if there is another alternative for these guys. After godwits, they’re the second most numerous of the Arctic-breeding shore birds that we get in New Zealand.

'Nativism' is quite a difficult concept with birds that fly halfway around the world, but do we claim these as New Zealand birds?

Well interestingly, they were classed as migrants for a long time, but New Zealand has re-classified them as native because both species spend about six months of their year within New Zealand.