Arianna Huffington: Napping in the city that never sleeps

The importance of a good night's sleep is often overlooked as a factor in success, even by the world's best business schools, US media entrepreneur and political commentator Arianna Huffington says. 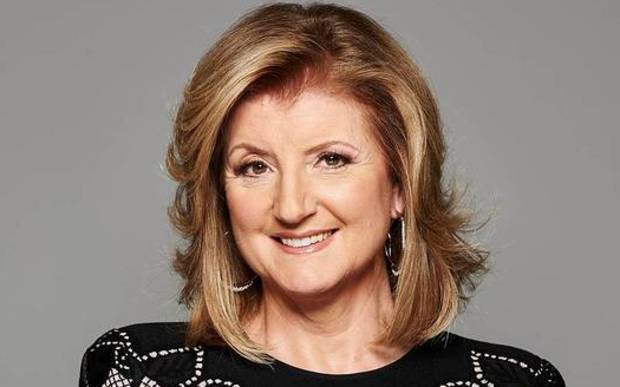 It's a lesson she learned the hard way. Nine years ago, Ms Huffington, who lives in New York, collapsed from exhaustion - hitting her face on a desk and breaking her cheekbone.

In her new book, The Sleep Revolution: Transforming Your Life One Night At A Time, she makes the case for taking sleep seriously.

Speaking today to Jesse Mulligan on Afternoons, she said sleep deprivation was a global problem.

In this country, a recent Massey University survey found that 72 percent of New Zealanders had fewer than eight hours' sleep a night.

After Ms Huffington's collapse, she studied the latest scientific findings about sleep - and discovered getting a decent amount was by no means optional.

When people got enough sleep, they were more productive, creative, healthier and happier, she said.

"It's not something we can sacrifice on the altar of success without paying a very heavy price."

After making it a priority, Ms Huffington said she now woke up with "a lot of joy" in her life - she stopped walking through life like a zombie, merely ticking the boxes.

"Life should not be just about getting stuff done, it should also be about bringing joy into what we're doing."

From sleep amateur to professional

Ms Huffiington said she used to sleep for only four to five hours a night but now slept for eight hours 95 percent of the time.

"The key is to recognise that every aspect of our lives is impacted for the better when we do that. For me, the difference is transformational."

The vast majority of people, she said, needed between seven and nine hours of sleep a night.

"When we are sleep deprived we don't make good decisions, we are more likely to get sick ... we show up with 40 or 50 or 60 percent of our capacity - it's simply completely delusional to believe otherwise."

She said it was not unusual for cultures to believe things that were blatantly false, and it could take a while for the "incontrovertible science" to catch up with false perceptions.

People were often proud about how little sleep they got by on, but she believed this was merely part of a transitional phase: "We are in the middle of a cultural shift and things are changing."

Politicians were not immune - even if they sometimes bragged about sacrificing their sleep to put the country first, Ms Huffington said.

"The truth is that when they are exhausted, they are much more likely to make bad decisions."

When her friend Bill Clinton was the US president, he slept little, and had since acknowledged that some of his biggest mistakes were made when he was tired, she said.

Sleep scientists had discovered that sleep was a time of frenetic activity for the brain, when all the toxic proteins accumulated during the day were washed away.

If that didn't happen, she said, they stayed in the brain, which studies had linked to an increased risk of Alzheimer's disease.

"The brain has two modes, either awake and alert or asleep and cleaning out - it can't do both at once."

Even going to the gym was less important than getting a full night's sleep, the lack of which could also interfere with good nutrition, she said.

"When we are sleep deprived ... we are drawn to all the wrong foods, carbs and sweets etc, and also the hypertension grows and we're in greater danger of heart disease."

And beauty sleep? "The skin gets better, the eyes are glowing - I have a lot of stars and models in the book who swear by that - that's where the term beauty sleep comes from."

As for kipping at work, Ms Huffington predicted nap rooms would become as common as boardrooms, and the Huffington Post practised what it preached.

"We have two nap rooms here which are perpetually full."

Her practical tips mirrored the transition to sleep used by parents when putting a baby down.

"I turn off all my devices and gently escort them out of my bedroom. Then I have a hot bath with Epsom salts and a flickering candle nearby.

"I wear dedicated sleep clothes - not the same stuff I go to the gym in - and I read only physical books in bed, I don't read anything on screen.

"I try to give the closing scene of the day to the good things that happen. By writing down three things I'm grateful for, I tend to focus on the good things rather than allow my mind to go to all the dark places."