The Kiwi who brought Sudoku to the world

Wayne Gould found a puzzle book in Japan and set about bringing it to a wider audience, now it's in every major newspaper in the world. 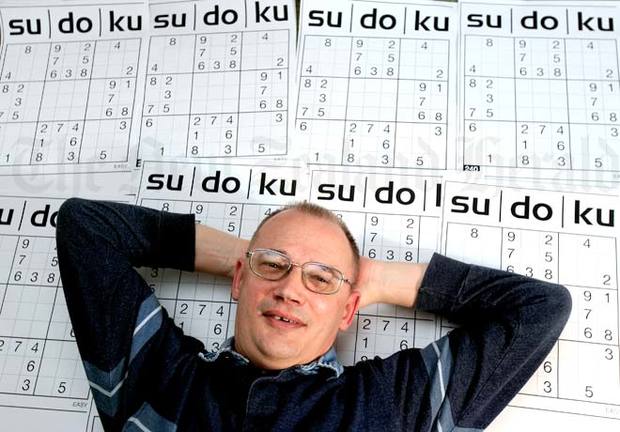 Wayne Gould was the first to mass produce the games with a computer program.

He convinced newspapers to publish Sudoku puzzles and the game took off.

Time Magazine named him one of the top 100 most influential people of 2005.

He is also the younger brother of former British politician Bryan Gould who was Vice-Chancellor of the University of Waikato, serving until his retirement in 2004.

Why don’t more New Zealanders know about you?

Well, it’s one of those things. I enjoyed quite a bit of fame when Sudoku broke back in the world. And that was all very nice for a short while  - for a couple of years, but beyond that puzzles speak for themselves I suppose. The kind of thing I had was the nicest possible thing I suppose, I had fame when I wanted it, but I could walk down the street and nobody knew who I am and nobody knows who I am even now.

Did you always love puzzles growing up?

Oh yes. Very definitely – games and puzzles. I was the youngest child of three by quite a margin and so in a way, I was an only child. And puzzles are games of a kind that you don’t need two or three or four other people to play with you. So puzzles became an interest of mine – crossword puzzles principally. But then I got involved in things like cryptanalysis – which was the fancy name for code-breaking and that in time led to coding of computers or programming.

Have you thought about what the appeal of puzzles is to humans?

When did you come across Sudoku for the first time?

Well, it was [in] 1997 and I was in Tokyo on holiday and I was just browsing in a book shop and saw this strange-looking book with a grid on its cover. It looked a bit like crossword with numbers and I didn’t know what it was because I didn’t speak Japanese – I still don’t. But I bought the book anyway and a few months later I sort of figured out what you were supposed to do and it was a Sudoku puzzle and wondered why the rest of the world doesn’t know about it.