A new study has revealed a third of people on Earth can't see the Milky Way at night, due to light pollution.

University of Canterbury Emeritus Professor of Astronomy John Hearnshaw says this is a growing problem in New Zealand as well, mainly due to the way we light our streets. 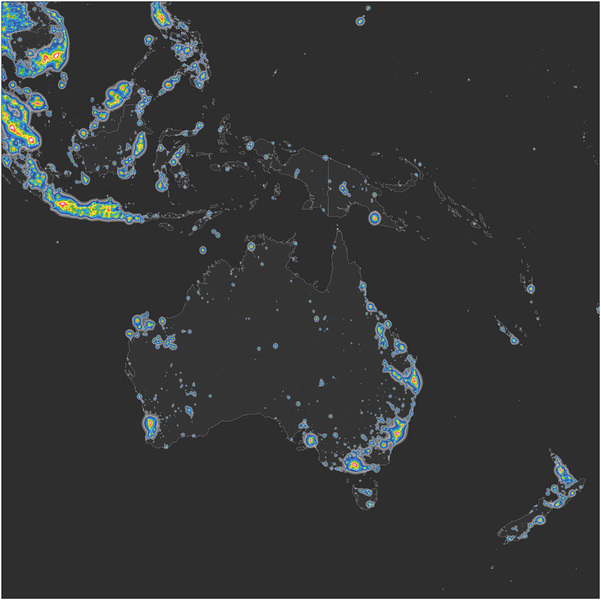 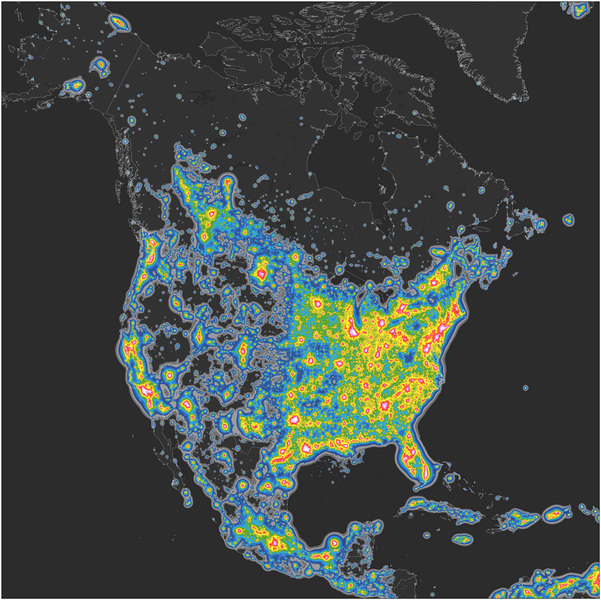 A map of North America’s artificial sky brightness compared to the natural sky. 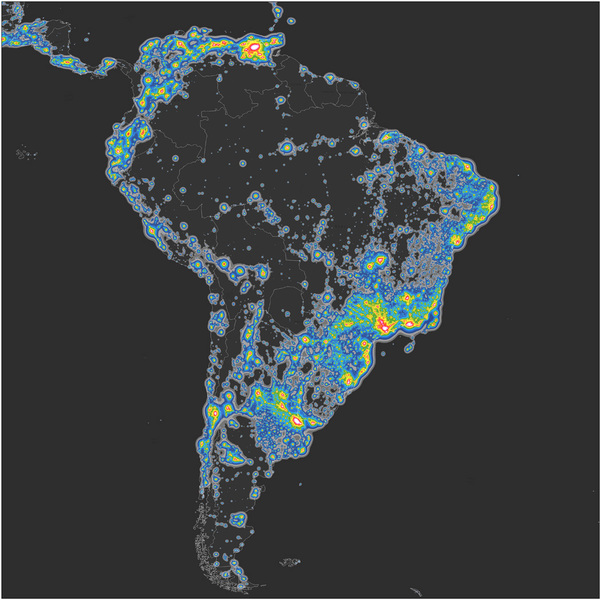 A map of South America’s artificial sky brightness compared to the natural sky. 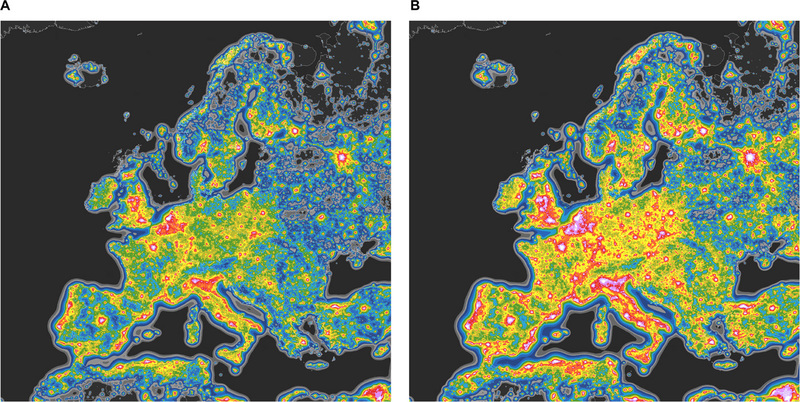