According to New York Times White House correspondent Mark Landler, two words describe the relationship between US president Barack Obama and his former Secretary of State (who now wants his job)… it’s complicated. 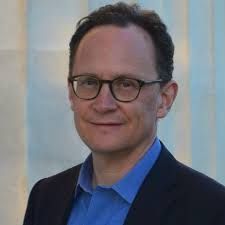 It is never easy when formal rivals join the same team, and Landler saw the tension first-hand while covering the State Department during Clinton's time as Secretary of State.

In his new book Alter Egos: Hillary Clinton, Barack Obama, and the Twilight Struggle Over American Power Landler reveals how the president and his chief diplomat – whose views of America's role in the world are often opposing - worked together.

Read an edited snapshot of their conversation:

Why did Obama offer Hillary Clinton this job and why did she take it?

Mark Landler: Well, he had a couple of reasons. One was when he was elected, if you remember, the country was in the midst of a fairly terrible financial crisis and a recession that was verging on a depression. And he knew that he was going to have very little time in his first year, at least, to devote to foreign policy and travelling the world. He had also come in after eight years of George W Bush when our relationships with many of our allies and other countries were at a really low point.

So he was looking for a very high-visibility person who had her own stature, in this case Hillary Clinton, to basically  go around the world and mend a lot of fences and rebuild the US's reputation at a time when he really couldn’t do it himself because he was so preoccupied at home. And then beyond that, by naming his chief political rival as a member of his own cabinet, he effectively took her out of the mix for a challenge four years later. She would have been a very major opposition voice in his own party had he left her in the senate.

So there was sort of a political reason and a strategic reason. On her part I think it was as simple as she still had ambitions for higher office and he thought that being Secretary of State would remove her from the political fray, but give her a very high-profile position. I think the prospect of going back to the Senate after an unsuccessful presidential bid has, generally, been an unhappy thing for people who’ve done it. John McCain went back after losing to Barack Obama in 2008 and, by all accounts, had a very rough few years.

There were colourful moments, with the two of them working together. Can you tell us what happened at the Copenhagen Climate Summit?

Mark Landler: This was an occasion in December 2009… and this meeting went very badly. There was a great disagreement. The developing economies – China, India, South Africa – were just simply not willing to make the kind of commitments that Europe and the US were seeking from them. So [Hillary]Clinton had gone rather reluctantly to this meeting and as soon as he got there she realised it was a disaster. So she called back to the White House and asked President Obama to get on a plane and come.

His aides didn’t want him to go, because they thought it was a loser and they basically thought he was diverting himself from important work at home. Be he flew out and got there, and the two of them holed up in a coffee shop and she briefed him on what was going on.

Then he decided that the thing to do was to confront these developing economies directly. As it happened, they were all meeting in a conference room down a long hallway. They didn't want the US to be in the room, in fact, they had locked the door and were meeting themselves.

[So] Clinton and the president marched off down in the direction of that conference room. When they got there a Chinese security agent was waving them away. And Obama basically just gate-crashed, walked right into the room in the middle of the meeting and said to the Prime Minister of China “Mr Wen, can we talk?”

And the two of them sat down and over the course of 45 minutes negotiated an agreement that in hindsight looked rather weak, but at least it saved this summit meeting from total collapse… It was an important moment for the two of them because it was the first time they’d really been in the trenches together working on a major diplomatic problem. And I think they emerged from this experience with more trust in each other and more of an appreciation of each other’s personal style.

Why do so many voters dislike Hillary Clinton?

Mark Landler:  It's partly the accumulation of 25 years of negative stories about her. It’s partly the persistent feeling that she isn’t quite on the level. It’s partly the fact that she has racked up a huge amount of money spending to banks like Goldman Sachs. It’s partly the recent scandal you may have heard about involving her email account, where she did all her email on a personal account in a server that she housed in the basement of her home in New York, rather than the State Department system – which fuels the suspicion on the part of many people that she’s not quite transparent and trustworthy.

These are issues that she’s wrestled with as long as she’s been a public figure – so we’re talking 20 or 25 years.

Under the onslaught of negative advertising and criticism from either Bernie Sanders, or certainly Donald Trump, in the coming months it constantly drives home these messages. The only thing she has going for her is that Donald Trump has even higher unfavourables than she does.