New Zealand health experts are looking at how artificial intelligence could replace humans in healthcare. 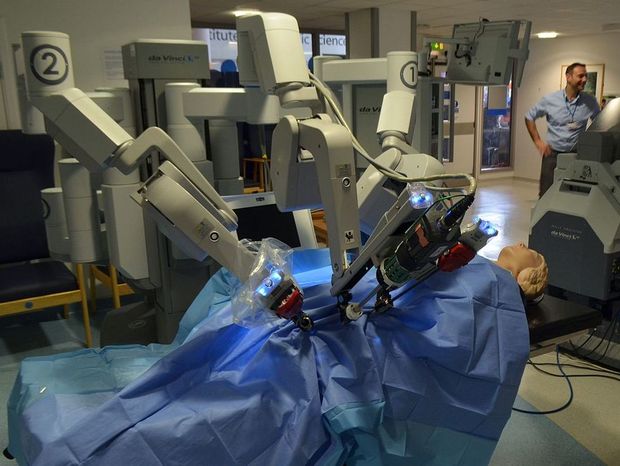 Two experts from Whangarei Hospital explore how artificial intelligence may, in the future, be used for diagnostic and treatment decision-making in a viewpoint published by the New Zealand Medical Association Journal on 6 May.

One of the authors, William Diprose, explains more to Jesse Mulligan:

Read an edited snapshot of their conversation:

You're a doctor – are you trying to put yourself out of a job here?

What we’re trying to do is let our colleagues know that this is the type of thing that could happen in our career. We’re only 25, we’re junior doctors, and we’re by no means experts, but we’ve got interested in the topic since starting working, and we thought we’d share it with our colleagues in the New Zealand Medical Journal. We didn’t really expect it to get to the media… We [doctors in our 20s] are going to see the face of healthcare change significantly because of AI and related technologies.

AI is obviously cheaper than people. What other advantages are there?

The movement is driven by two things. The main one from our point of view is patient benefit.  Economic benefits have seen automation take over human jobs for the last 100 years. Humans don’t necessarily build cares anymore because it’s cheaper. From a patient point of view, doctors make a lot of errors. A study published recently in the [British Medical Journal] showed that medical error – or human error – was the third leading cause of death in the US behind cancer and heart disease. So it actually kills twice as many people as motor vehicle accidents, guns and suicide all put together. That’s a pretty big issue and the only way you really solve that is either take humans out or support them with appropriate software.

Why don’t you just stop making the errors, William?

Well, we’ve been practising medicine for a long time and if anything we’re just making more errors.

I’ve gotta say, though, if someone is going to tell me that I’ve got diabetes I’d rather hear it from a human being than from a robot.

Definitely. We’re not really talking about robots per say. We’re talking about software that interprets information and generates a diagnosis or a treatment plan. I think humans will always be part of health care. That’s one of the major limitations of AI – in healthcare you need to be empathic. And also gathering information from people… It’s actually quite hard interpreting what people mean and so on. But you don’t necessarily need to be a doctor that has trained for ten years to gather the information or to relay it to the patient. A lot of [doctors] aren’t necessarily good at being empathetic or at explaining bad diagnoses to people...

So in fact they become more like counsellors than diagnostic scientists.

Exactly. You’ve got the software doing the science or doing the analysis. It might even be better. If you’ve got humans who trained specifically to communicate with people or to gather information from people, they might actually be beter than us because a lot of us get into medicine because we like the problem-solving aspect, not necessarily because we like talking to people. I’m talking about myself, of course. I love people.