The straight dope on medical cannabis

The debate over access to medical cannabis products such as Sativex, Epidolex and Elixinol has been making headlines for months. But what do we know about these products and how they work? 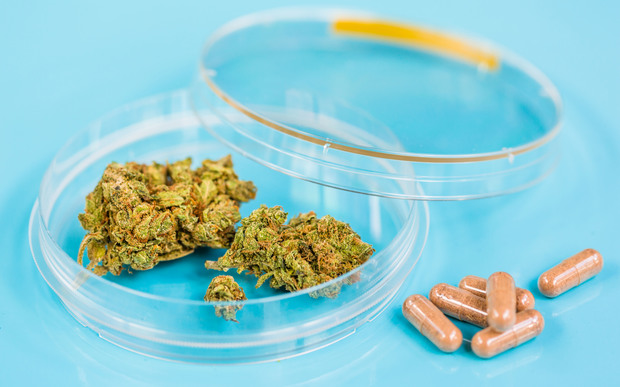 Terminally ill former trade unionist Helen Kelly has been at the forefront of the campaign for legal access for patients.

The Science Media Centre has just delivered a briefing, titled 'The straight dope on medical cannabis'. Jesse Mulligan spoke today with one of its speakers, University of Otago pharmacology and toxicology senior lecturer Dr John Ashton.

Read an edited snapshot from the interview:

Dr John Ashton: The term ‘medical’ or ‘medicinal’ cannabis is used very loosely. It can mean anything from the usual smoked cannabis to some oils that people take orally. And it can be hemp oils, as well as cannabis plant oils - which is related to cannabis but has a very low psychoactivity, or doesn’t cause a high.

In the cannabis plant, there are a whole range of chemicals we call cannabinoids and two of them are the ones at issue. THC is the one which causes the high. It’s also the one which has been very well studied and works on a particular receptor protein in the brain. It’s responsible for nearly all of the familiar effects of cannabis and the pain-relieving effects, anti-nausea effects, appetite stimulating effects.

Now, cannabidiol - the evidence there for treating epilepsy is a lot more shaky than THC for pain, for example, and it’s not understood very well at all about how it works in the brain.

Jesse Mulligan: So what is the challenge then? Is it to do more tests with each of these?

Dr John Ashton: We know pretty well that [THC] can relieve pain. It’s not a huge effect. A normal dose is around about the same as codeine. Except in some people – maybe one in six might get a much stronger effect than that.

Where it is useful to some people is that some of the opiates like morphine and codeine cause nausea in some people, whereas THC has anti-nausea effects so they can find it more tolerable.

So the evidence around THC’s pain relieving effects is pretty good. Exactly how strong that is and if it’s superior to conventional drugs in any given situation is a little harder to say.

For CBD, cannabidiol, things like Epidolex and so forth, the evidence there in epilepsy is much more difficult. In adult patients, even some of the top reviewers in the world - the Cochrane Collaboration have really sat on the fence on it... There is a company, GWPharma, producing Epidolex, which is highly purified cannabidiol and they're testing it in very high quality clinical trials, specifically in childhood epilepsy.

There is just recently some evidence coming up for a particular type of childhood epilepsy called Dravet  syndrome that adding cannabidiol to the mix of their current conventional treatments can cause a moderate reduction in seizure frequency and severity in some of these children. Not dramatic but a statistically significant effect compared to the placebo.

Jesse Mulligan: In terms of pain relief, are there other legal options - or do we need cannabis?

Dr John Ashton: For the mean effect - the average effect - [THC's level of pain relief is] pretty modest. But certain people, maybe about one in six people in these trials, will get substantial pain relief, will get 30 percent, 50 percent more pain relief, which is actually pretty good in terms of analgesia.

The nausea aspects have been discounted, really, because whenever someone is taking a pharmaceutical product, it’s a cost-benefit ratio calculation going on with the patient and the doctor. Is the benefit outweighing the side effects?

Some people get brilliant pain relief from morphine, but the morphine makes them feel lousy so they may prefer another option. We’ve got to remember that morphine is a natural product, too. It’s basically the active ingredient of opium poppies, so it’s probably one of the most effective pain relievers we still have. And that’s a natural product.