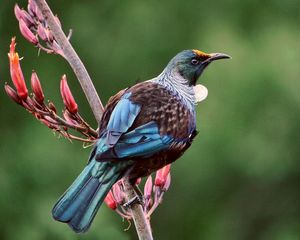 "It's literally a 'canary in the mine' type thing. If it's a healthy environment you hear lots of birds – if you don't, it's not."

The sound of the New Zealand dawn chorus is set to become louder if Grant Ryan has anything to do with it.

He's invented a Cacophonometer... or simply put, a bit of hardware that records sounds from the bush and sends the recordings to the cloud. It's part of The Cacophony Project, which aims is to help create a healthier ecosystem.

Grant Ryan spoke to Jesse Mulligan about his dream to spread digital ears all over the country: