Brief Candle In the Dark, A life in Science - Richard Dawkins 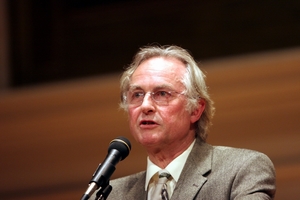 Sharing the stage with John Cleese, dinner with Bill Gates, private parties on Tenerife with Neil Armstrong and Buzz Aldrin where Brian May from Queen is playing in the background.

This is the life not of a Hollywood star, but an evolutionary biologist, ardent atheist and science educator, Professor Richard Dawkins. His books on evolution like The Selfish Gene, or The Blind Watchmaker that argues against a divine creator, and his withering criticism of religion have made him as famous as just about any actor or astronaut.

In the second volume of his memoirs, Brief Candle In the Dark, A life in Science, Professor Dawkins reflects on his 35 years as a writer, scientist and thinker. He will be coming to New Zealand in March for the Wellington Writers Week. Richard Dawkins is on the line with us from London.