Why We Work - Barry Schwartz

Going to work just for a paycheck is an outdated concept that needs to change according to psychologist Barry Schwartz who says everyone, from hospital janitors to factory workers, can and should, get more out of work than money. 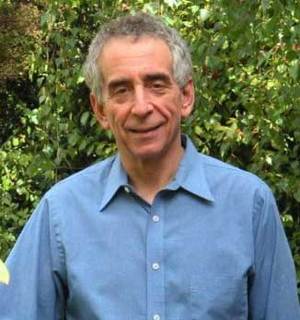 “People want more than a paycheck from their work. The structure of work has largely made it impossible to get anything but a paycheck” Schawrtz tells Jesse Mulligan.

In his new book, Why We Work, Schwartz identifies ways to build a better workplace and transform beliefs about what motivates employees.

Adam Smith, the so called "Father of Capitalism", established the idea that people are basically lazy according to Schwartz .

Smith’s idea is that workers “would rather lie on a couch all day watching rugby. If you want them to do anything you have to pay them” says Schwartz.

And 200 years ago, Smith’s idea turned into reality.

“The workplace got transformed into the image Adam Smith had” Schwartz explains. “If all you see around you is people showing up at the factory door and doing the same monotonous thing day after day all of a sudden his theory about why people work comes true.

If that is the only job you can get, then why else would you work expect for a paycheck?”

“A Gallup Poll found that 90% of people are either unengaged or disengaged from their work across the world. Only 1-10 is enthusiastic about showing up for work everyday." 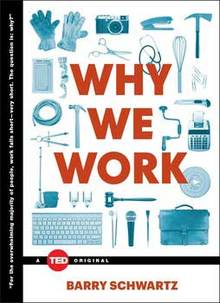 Schwartz believes the call centre or order fulfillment center is the equivalent of the factory of Smith’s day and research suggests there is a way to make even the most mundane jobs fulfilling beyond the paycheck.

“If you want work places that work well you want to create work that people want to do. You want to give people a chance to use their discretion and autonomy. You want what they do from day to day to vary. You want to show them you respect them so you aren’t always looking over their shoulders."

Schwartz hopes millennials, people born in the early 1980’s to the year 2000, will change the nature of the workplace.

“I am hopeful talented millennials won’t stand for the kind of work that the rest of us have just resigned ourselves to."