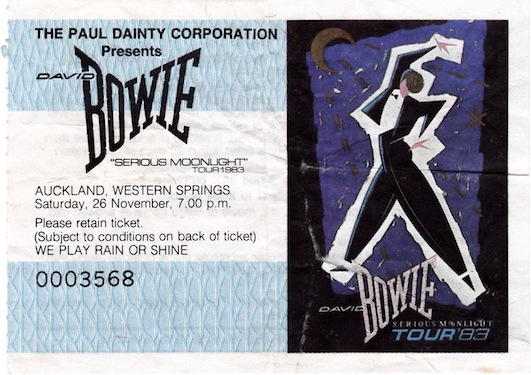 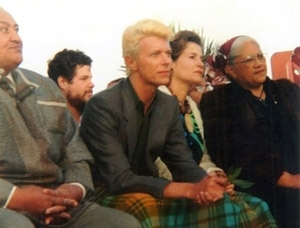 The year was 1983, the month was November, and one of the cleverest, most inventive musicians of the time was on the cusp of global stardom, and playing Athletic Park in Wellington.

On this tour David Bowie became the first major rock star to be officially welcomed onto a marae, and he composed a special song for the occasion - Bowie's Waiata. Photo: David Bowie is welcomed onto Takapuwahia Marae in Porirua, Wellington, 1983. Courtesy of Ngati Toa.