New Zealand A to Z - Re-Enactors 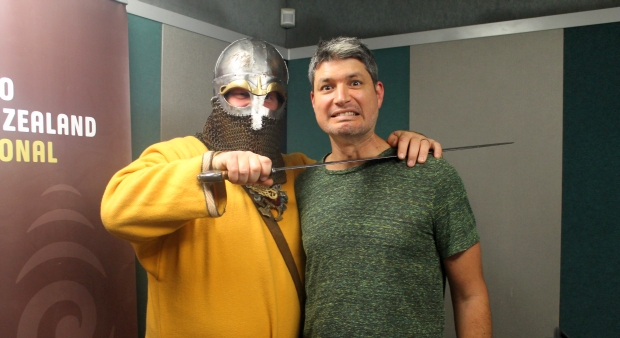 About 3000 people actively participate in re-enactment communities around the country. From Medieval to Roman, comic book to cosplay, there's a group for every taste.

Jesse Mulligan steps back in time with Johnathon Reynolds, also known by his Viking name Jarl Ragnar Rognovald, a member of the Auckland Norsemen; Vikki Subritzky, one of only of one two female jousters in New Zealand; and Chris Gloyn, member of the Imperial Romans group Imperium Romana.