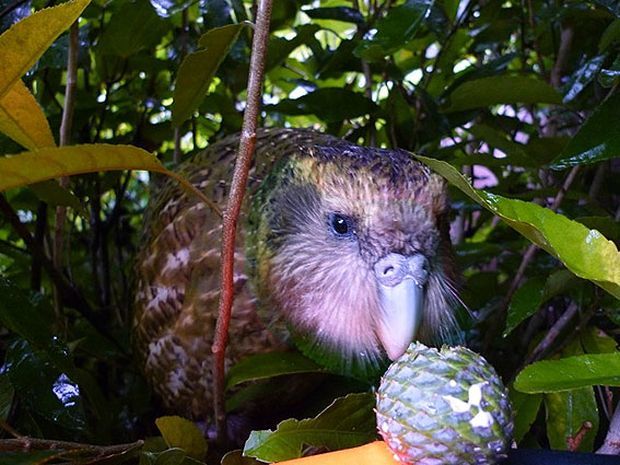 There are only 126 Kakapo in existence, and the most famous is Sirocco.

He shot to fame after an encounter with Stephen Fry and his cameraman in 2009.

Since then Sirocco's become a global sensation, and New Zealand's official spokesbird for conservation. 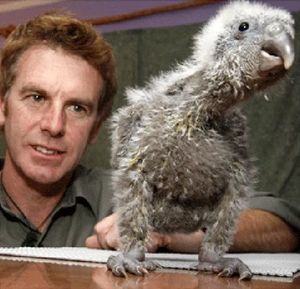 He visited parliament last year, and he has more than 137,000 fans on facebook, and (of course) he regularly  tweets to his 10,700 Twitter followers.

This week has been an extra special one for the cheeky mountain parrot. He turned 18 on Monday.

Daryl Eason is DOC's technical officer for Kakapo and Takahe and has known Sirocco since he was a chick.

From Invercargill, Daryl talks to Noelle McCarthy on Afternoons.

Photo: Sirocco and his human 'mum' Daryl Eason, 18 years ago. CC BY 3.0 Department of Conservation.