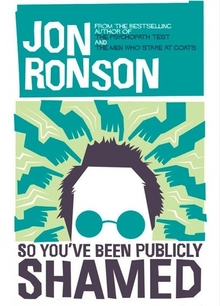 Public humiliation has been with us for centuries: the scarlet letter, the stockades...  but shaming is making a comeback in a very modern way, according to journalist and author Jon Ronson.

In his new book, So You've Been Publicly Shamed, Jon Ronson tells the story of several ordinary people whose lives were turned upside down by a maelstrom of criticism on social media after posting bad jokes on Twitter or Facebook.

He talks to Noelle McCarthy about whether the punishment fits the crimes.